Why do they Hate us so Much?

The leak from the Justice Department recently has been a strangely clarifying political moment. This leak of the Justice Department’s “white paper” justifying Obama’s claimed power for it to be lawful to now execute Americans without charges, has followed the bone chilling confirmation hearing of John Brennan who refused to say whether or not the President of the United States has the power to order the extrajudicial killing of a United States citizen within the borders of the United States. Why do these people need such power? 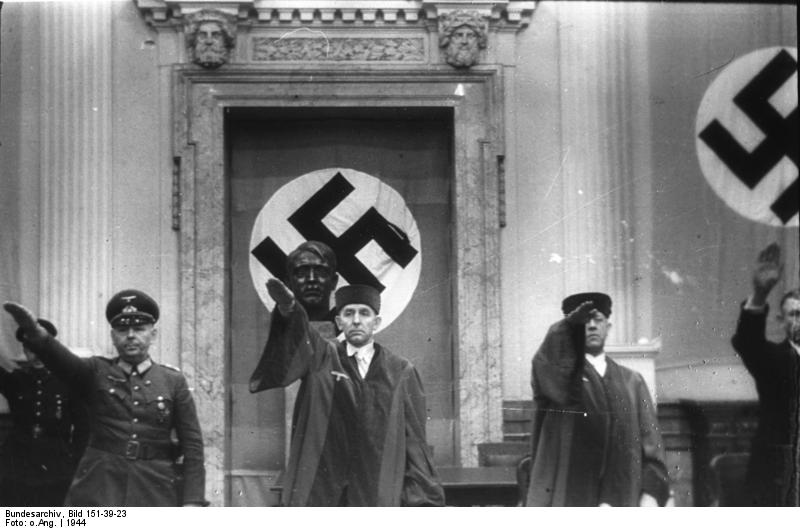 Our own conviction rate is nearly 99%. Even Adolf Hitler had a conviction rate of about 90% at his notorious People’s Court under Roland Freisler (pictured in the center) who was the most bloodthirsty of all the head judges to rule that court. Even Wikpedia writes:

“The number of death sentences rose sharply under Freisler’s stewardship. Approximately 90% of all proceedings ended with sentences of death or life imprisonment, the sentences frequently having been determined before the trial. Between 1942 and 1945, more than 5,000 death sentences were handed out, and of these, 2,600 through the court’s First Senate, which Freisler headed. Thus, Freisler alone was responsible, in his three years on the court, for as many death sentences as all other senate sessions of the court together in the entire time the court existed, between 1934 and 1945.”

The conviction rate in the United States is nearly 99% and has beaten every historical statistic of the worse tyrants throughout every century except those who did not even pretend to give a trial. And Obama has signed into law the right to indefinitely imprison American Citizens without trial, lawyers, or any rights whatsoever. Now this Justice Department leak shows he also maintains it is legal to kill American without a trial as well – take them away! This will enable the government to reach their goal – 100% with no exceptions! The question is WHY do these people hate our civil liberties so much? They are like a two-year old who refuses to share a toy and prefers to break it instead. They know they are collapsing. They have ruined the finances of the state. Instead of trying to reform, they prefer to retain power and destroy everything that made an American once proud to be an American. They will not survive. This is as unsustainable as Communism and the fall from grace will be very nasty.