Why do Politicians Always Surround Themselves with Children? 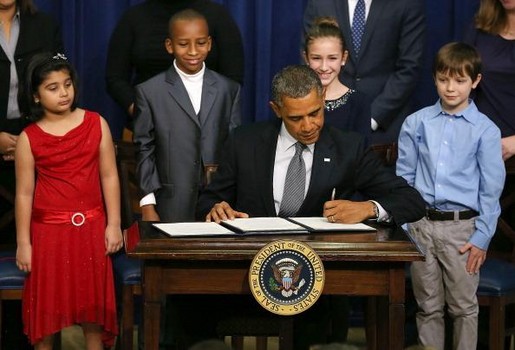 Obama signed 23 executive orders against guns. The real movement is to disarm citizens. They are not stupid. Laws like this do not stop criminals. All they do is prevent the people from defending themselves. They will accomplish nothing to further the pretended reasons for the enactments. The “kill switch” on the internet the Obama claimed he needed in case of a cyber attack. As a programmer I can say it is impossible for someone to attack the entire internet. The “kill switch” was proposed ONLY after they saw how the Arab youth organized against the government. Within 3 months, the “kill switch” became necessary to shut down the right to assemble and free speech.

Obama has done more to eliminate rights than even George Bush, Jr. and Cheney and that is saying something. This is why I am neither democrat nor republican. They use the social issues to cover up the real agenda they both agree on – maintain personal power at all costs. So, whenever politicians seem to be doing something they have a secret agenda for, they amazingly ALWAYS, and without exception, surround themselves with children. It does not matter what political party or country. They ALL do the same thing. Embrace children to show their “good” intentions. That is when human and civil rights vanish. Beware the children on stage.

« How In the Hell Did the Computer Project The Tension in Asia?
Supreme Court & the Right To Discriminate Against Class »