Where to Hide – Public v Private

There’s a point I’ve been trying to understand and every time that I read your writings I’m staying more and more confused:

How it will be possible with the deflation that already affects several countries, with the bubble burst the bonds, with the financial economic chaos that will destroy several companies, bankruptcy of business, rising unemployment, banks heading for bankruptcy, etc …. So how will it be possible that the values of the roles of the companies that will suffer from declining revenue, may lead the DOW shoot to get 23,000 or 40,000? Where did you find this same picture in the past? 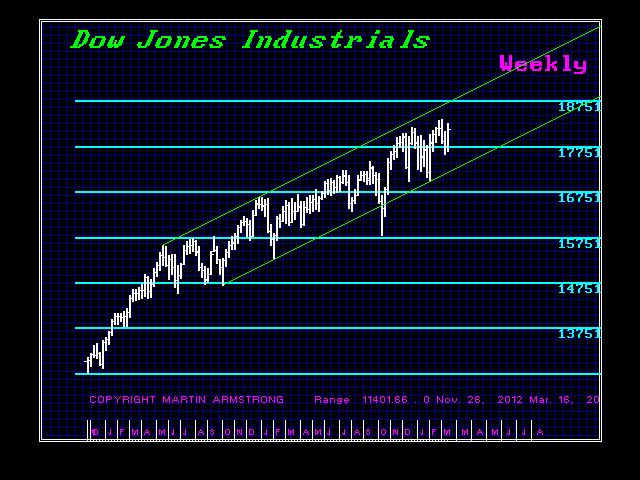 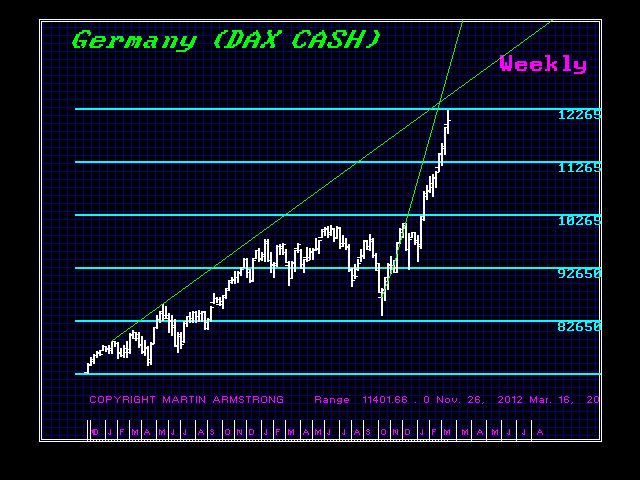 ANSWER: You are thinking still in the old theory context. Look at this through a fresh pair of eyes. Here is the Dow and the DAX. Why has the DAX outperformed (in euro) the Dow (in dollars)? Is this because corporate profits are booming? Absolutely no way. The smart money in Europe sees and “feels” Europe is finished. They are betting that the Euro will collapse and this will get them Deutsche marks. This has NOTHING to do with anything other than survival.

This is the trend in motion and it is illustrating that CONFIDENCE is collapsing. That CONFIDENCE has not yet been shaken in the USA. When that comes, you will see the same flight to private assets for when the problem is government, there is no other choice. On a pure economic basis, the US is fantastic. Companies are so fat and happy they continue to buy their own stock back. That is not the case in Germany. Shares are replacing currency. 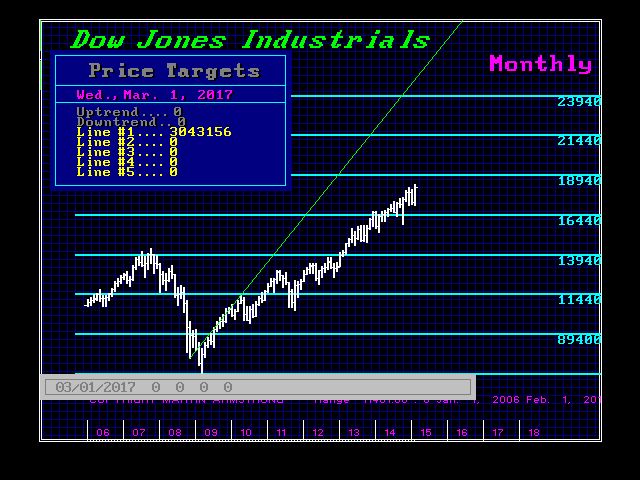 I have constantly warned that there are TWO forecasts to everything. There is PRICE and then there is TIME. When gold reaches the timing targets on the Benchmarks, it really does not matter what the low is be it $650 or $920. TIME is the most important factor and PRICE merely follows behind.

So here we have the Dow on a monthly level. Taking a normal projection out into March 2017 shows the Dow could reach the 30,400 level. That is still not the extreme Phase Transition unless it were to reach that price in less than 6 months precisely on our timing targets. The most extreme PRICE project stands at about 43,000. The PRICE is always secondary and TIME is foremost. 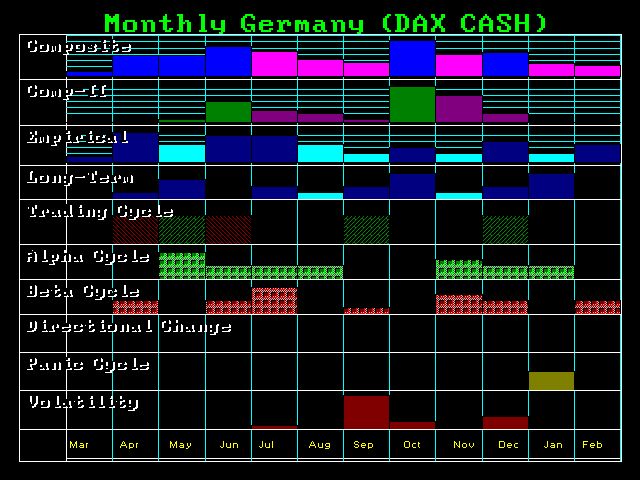 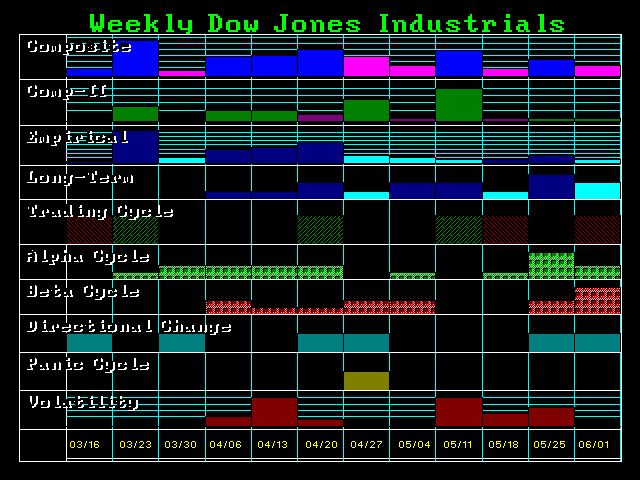 The rise in the DAX has absolutely NOTHING to do with traditional economic theory. This is all about TIME and the flight to safety. When government is distrusted, run to private assets. It is immaterial if they rise or fall, you have something real whereas government bonds ALWAYS evaporate.

Spain was the richest nation in Europe after bringing back all the silver and gold of America. Still Spain collapsed and became a serial defaulter beginning in 1557 followed by 1570, 1575, 1596, 1607, and 1647 ending in a 3rd world status. It was not that its currency was “fiat” but the fact that they spent more than they had and constantly borrowed money that ended in bankruptcy. All their gold and silver meant nothing. Their DEBT destroyed Spain.

Even the examples of hyperinflation are really a collapse in government and a shift to private assets. This is always the way it takes place. You need a place to run and hide. It just depends on who is in trouble.