Where do we Hide? Was Dante Right? Is the End Near?

So where do we go now? It is beginning to look like we just should move to a beach and live off the land at least until government comes in and begins to tax in-kind as did Rome. Anyone with 10% of a functioning brain is starting to connect the dots. We can see 2015.75 unfolding little by little. The bank stress tests are fiction for they are supposed to survive if faced with rising interest rates, property collapsing and increased stock market volatility. The solution in such an economic collapse is you run to government debt. But about every other 51.6 year wave it is government’s turn to implode. What happens when the bonds banks are supposed to run to also collapse? 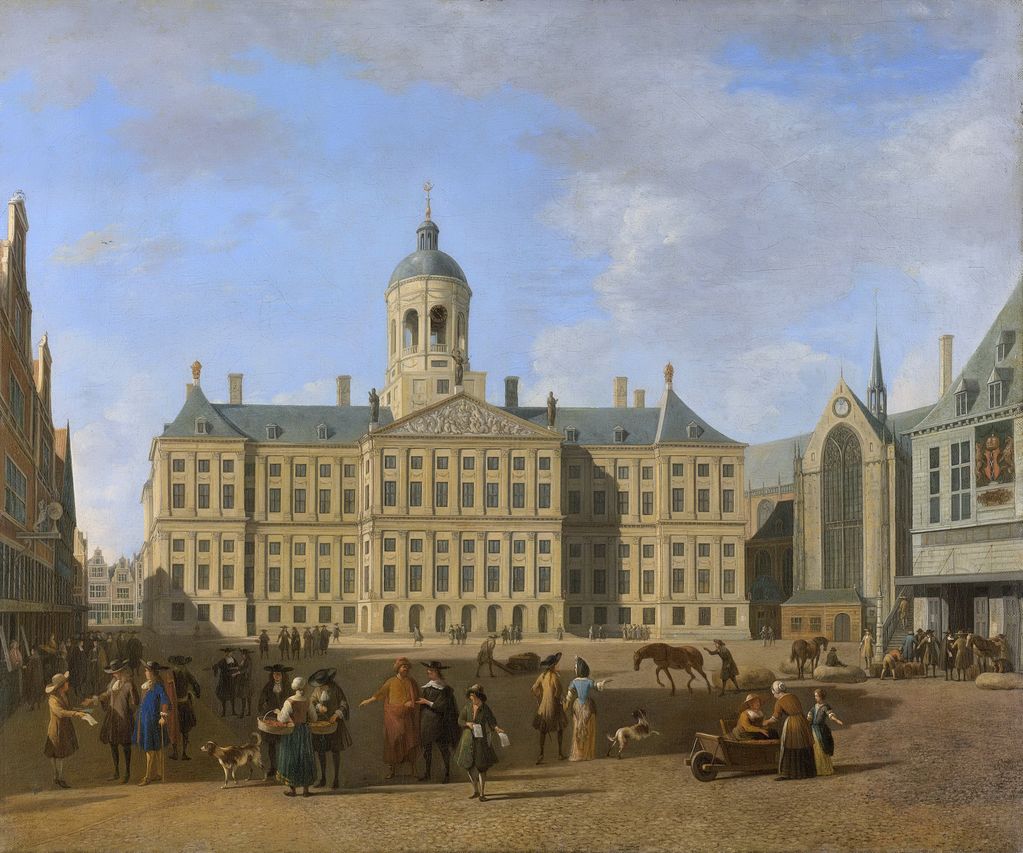 Banking use to be a business where the profit was made lending money long-term and borrowing short-term at lower rates. That was the basic model. The very first central bank failed in Amsterdam because government could not keep its fingers out of other people’s money. It was in Amsterdam that in 1609 we find the founding of the Wisselbank that was created to facilitate trade. With the state of the money supply so unstable, international transactions became impossible without a bank standing between to now certify the quality of the money being given in payment of a contract. Hence, it was with this founding, that Amsterdam became the center for international settlement of accounts at the Wisselbank. 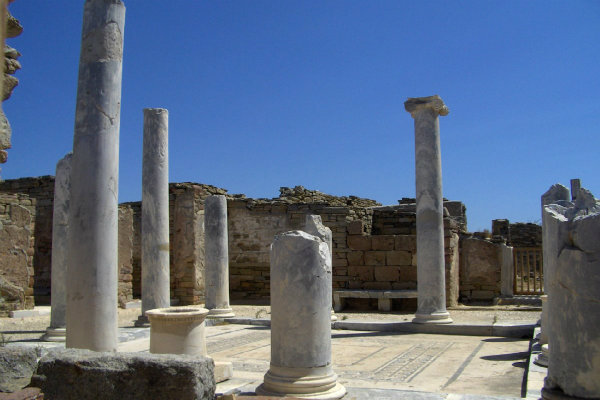 Wisselbank was actually the model upon which the Bank of England was based. The history of the Wisselbank thus illustrates the problem we face today. The bank began merely certifying the money. It became more convenient to leave the money there and to begin to trade bank receipts for you then did not have to test each and every coin to ensure it was real, not debased, or clipped. The Temple of Apollo on Delos provided the same function in Ancient Greece, which was copied by the Romans. Delos is the only place in the world that an entire island is an archaeological site! It was the central bank of the ancient world.

Tangible money presents another huge problem so even a return to a gold standard would fail for you will quickly find bank receipts circulating as money. Are the coins genuine? Bank Money became more valuable than precious metals in every point in history. This very concept of clean certified money then traded at a premium for “Bank Money” but the greed of  government was the bank’s undoing in all ages. Wisselbank was no different.

Government always has a problem keeping their fingers out of the pockets of people. Thus, enters sovereign loans corrupting the entire banking process. Because government just never gets enough and never pays its debt in the long-run, this very function that the Wisselbank began as the impartial accountant standing between transactions, gave way to a business of using other people’s money. Thus, the Wisselbank lent out money to government clandestinely without paying any interest nor with the knowledge and consent of a depositor. Indeed,  Wisselbank lent money both to the government in the City of Amsterdam as well as to the government sponsored Dutch East India Company. This became public in 1790 causing a real panic that forced the bank to be taken over by the City of Amsterdam in 1791. Eventually, the bank was forced to close by 1819.

Therefore, the whole idea of earning interest from a bank came as a constructive contract based upon fraud. Instead of being a place to store your money, since they would lend out your money for a profit behind your back, they started to just pay you interest for the privilege to use your money. This event where the Wisselbank went bust, was a very profound indeed. When Wisselbank went bust because of lending to the worst debtors in history, government, the people lost their savings.History repeats because government never change. Wisselbank was the first bailout post the fall of Rome.

Consequently, what we have is the migration of banking from being a secure place to hold your money, into a place that now simply uses the money on deposit. When you open a bank account, they do not explain what they can actually do with your money. It is just expected they can use it for lending. Thus, the fraud carried out by the Wisselbank becomes the standard operating procedure upon which all banking is based today.

The Wisselbank was a state operation meant to compete with the private wealthy family banking houses such as the Fuggers of Germany. Goldsmiths were also accepting accounts and giving receipts that would often be acceptable to make international payment via Bills of Exchange. However, where lending was to government and rich merchants to cover the cost of transactions, there was another group that handled the personal loans during this period known as a Pawnshop. These existed in ancient times and had reappeared in Italy. The interest rates were also in the 12%-15% range on loans that were in reality collateralized. 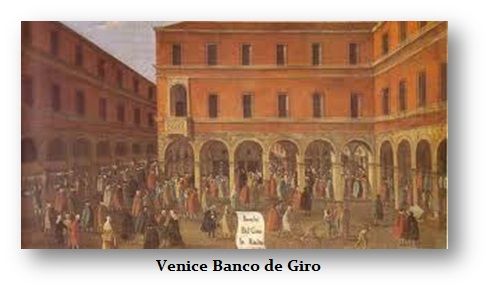 Of course the first state run bank was the Bank of Venice. It was opened in 1157. Like everything else in Venice, it was a stat monopoly. This was the re-birth of Giro Banking. In other words, one could write a check and transfer money between two accounts without having to pay in cash.

Deposits were being accepted paying 5% at the Italian “montes pietatis” by around 1550. The “montes pietatis” were initially charitable institutions of credit that lend money at low rates of interest, or without interest at all, upon the security of objects left in pawn – a pawn shop. This was originally a means of protecting people from usurers (moneylenders). Being charitable establishments, they lend only to people who are in need of funds to pass through some financial crisis, as in cases of general scarcity of food, misfortunes, etc. Originally, these institutions do not seek financial profit, but use all profits that may accrue to them for the payment of employees and to extend the scope of their charitable work. Soon the charity vanished and the name was retained to yield some religious image of trust. As time passed, the montes pietatis were established by public authority for lending money upon pledge of goods. Interest rates rose to 8-10% and were no longer charity. 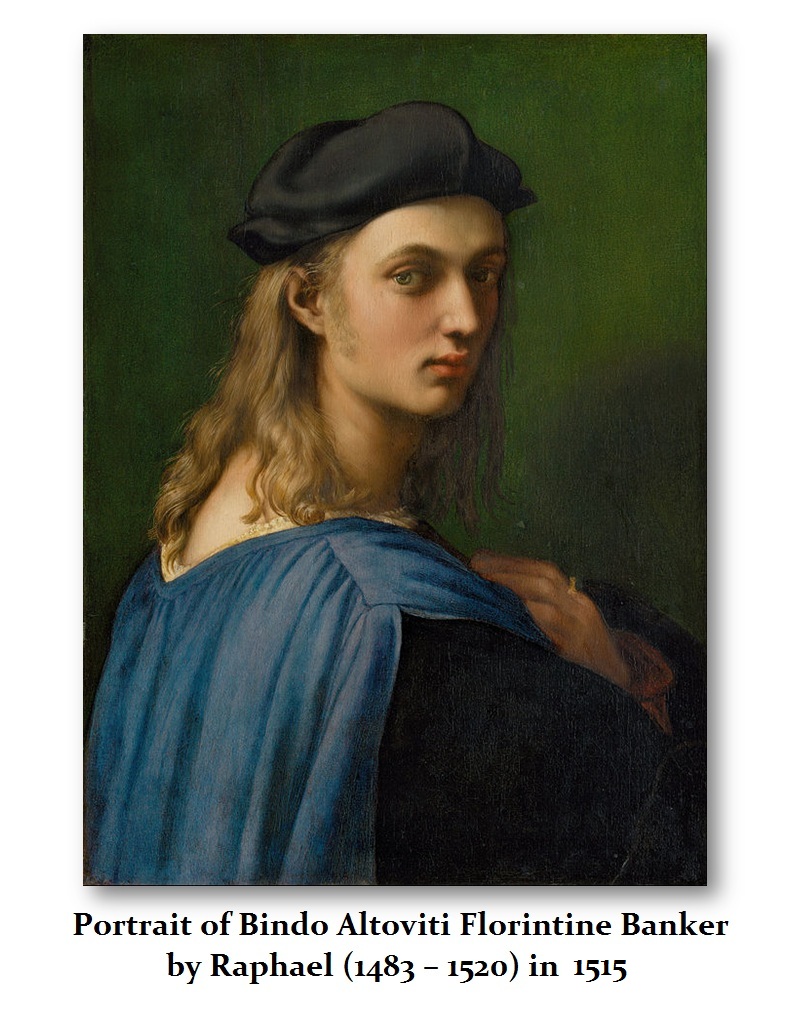 Interest rates at Antwerp on this class of commercial loans reached a bottom in 1536 at 4-6% and jumped to a high of 13% by 1546 as a financial crisis was brewing in Spain. Interest rates only fell after the Sovereign Debt Crisis of 1557 with the default of Spain reaching 7-8% by 1560. After the Spanish defaults, the Fuggers of Germany were themselves in trouble and had to pay as high as 22% in Spain and 30% in Antwerp by 1563. At Lyons, the trade fair was dominated by the Florentine banks; The French and Spanish sovereigns bid up rates there from a low of 5-8% in 1542 to 12% by 1557.

The deposits in the northern Germany began as early as 1515 paying 5%. By 1600, these deposits rates had risen to 6¼%. The Montes Pietatis accepted deposits paying 4-6% from Italy to Netherlands by 1540. In 1527, because of their reputation for wealth, the Fuggers paid 2-3% in 1527. By 1546, they were now paying 4½-5% as demand kept rising among the various sovereigns. The disparity w i thin Europe· regarding the capital markets is illustrated by the fact the banking house of Haug in Augsburg, was paying 7% on special large deposits.

However, with the introduction of Marxist-Keynesianism, interest rates became a tool of manipulation rather than driven purely by supply and demand. The assumption (theory) is simply that intervening with interest rates government can “steer” the economy through economic storms. The problem facing us today is rather clear. This theory of state manipulating interest rates has failed miserably because the states are the biggest debtors who never pay anything back. Their own self-interest defeats the theory of steering the economy for the people into state budgetary shenanigans. The real problem, this theory has not worked even one time.

In all fairness to the money center banks, they have virtually rented space on the floor of Congress to try to influence them to make money. I oppose the repeal of Glass Steagall and banks becoming traders for they are historically the worst traders of all time. They are so short-term focused, they cannot see the economic storms on the horizon. Hence, the banking model today with negative interest rates makes no sense. You now pay them to lend your money out or to trade with it sharing the risk with no profits.

Even when we turn to Dante Alighieri (1265-1321) who was born in Florence, his famous book “The Divine Comedy“ that was another landmark work of this period. Dante’s work adopted his visions of Hell that sums up his thoughts toward the end of his life. We find in Canto XVII that there is a special place in Hell that is reserved for moneylenders. Perhaps he was right after all.

It appears that Big Bang may be bigger than even I originally thought back in 1985. This is clearly a journey. Where this ends is not looking very good. Government is lining its pockets with money from the banks, they are going back to trading, and the bubble is about to burst. Where do we hide when the crisis is in bonds?

« Are You Really Ready for the World to be Ruled by Bankers?
Sold Out of DVDs »