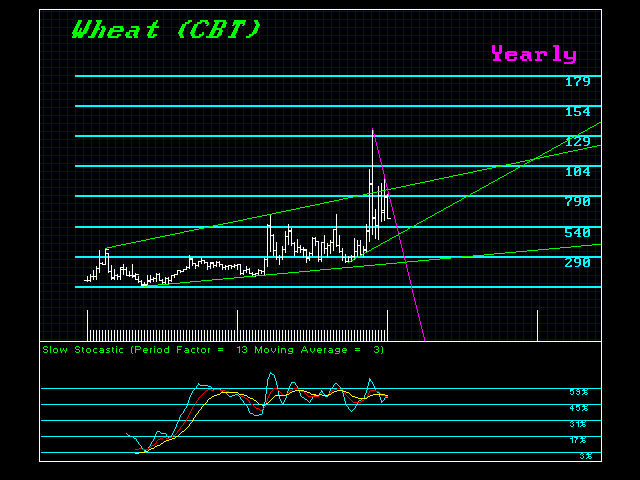 A 2014 year-end closing for Wheat between 6770 and 5770 will keep the market poised in a neutral position. We require a monthly closing beneath 4470 to signal a real break to the downside. It still appears that we will have food problems in the years ahead forming after 2015.75. Wheat did fall in September to 4662. It appears we have extreme volatility returning between 2016 and 2017 with the primary target being the 2nd quarter 2017. 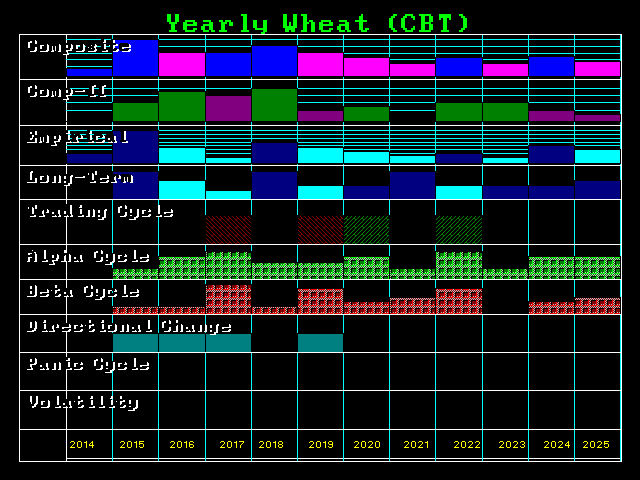 Only a high in 2015 would warn of a low forming by 2017 with a rally thereafter. However, failure to exceed 7115 level on a monthly closing basis leaves the door open for a retest of support in 2015. Pay attention to the computer generated reports on this market for updates.