What Will Happen on March 1st Sequester – NOTHING!

Obama is trying desperately to paint the picture that the end of the world is here and that hundreds of thousands of government employees will be thrown out on the streets. From his mouth to God’s ear, as the say. Unfortunately, God is not listening and all we have is more bullshit on top of exaggerated bullshit.

The Democrats unveiled their plan to replace the sequestration with a combination of agriculture subsidy cuts and higher taxes on the richest Americans. The  Republicans warn that they will reject any new tax increases. But as usual, behind the scenes there are circulating alternatives that replace the sequestration with different spending cuts that provide federal agencies more flexibility in how they would carry out the existing $85 billion in cuts and reducing the federal workforce by 10 percent through attrition.

In the meantime, Republicans are facing an internal revolt against politics as usual as fiscal conservatives are demanding the meat-clever approach should remain in force to ensure some serious deficit reduction this year.

But what actually will happen on March 1? Nothing! Any “real” immediate impact is seen as really minimal.Ultimately, everything would be pared down from military programs to space exploration between March 1 and the end of the fiscal year on September 30. Food inspections, air traffic control, law enforcement and education programs also would be among those hit.

Let us not forget that when this Supercommittee was formed, there was a lot of fanfare and patting each-other on the back. They were taking credit for $1.5 trillion in deficit reduction as if it had already been achieved. The Joint Select Committee on Deficit Reduction (Supercommittee), was a joint select committee of the United States Congress, created by the Budget Control Act of 2011 on August 2, 2011. The act was intended to prevent the sovereign default that could have resulted from the 2011 United States debt-ceiling crisis. The objective of the committee was to develop a deficit reduction plan over 10 years in addition to the $917 billion of cuts and initial debt limit increase of $900 billion in the Budget Control Act of 2011 that avoided a U.S. sovereign default.

When two implacably opposed sides negotiate an agreement, often it’s because they disagree on what the agreement means. The Supercommittee plays this role in the debt ceiling deal. Tasked with finding $1.8 trillion in deficit reductions, or else triggering cuts to spending concentrated in defense

The committee recommendation was to have been subject to a simple vote by the full legislative bodies without amendment. However, this extraordinary provision was included to limit partisan gridlock that has utterly failed.The goal outlined in the Budget Control Act of 2011 was to cut at least $1.5 to $1.8 trillion over the coming 10 years. This was to avoid much larger “sequestration” across-the-board cuts which would be equal to the debt ceiling increase of $1.2 trillion.Therefore, bypassing Congressional debate they passed the bill by December 23, 2011. These people pass Acts and assume everyone must comply. However, they never comply with their own laws.

When two implacably opposed sides sit down to negotiate an agreement, what takes place is inevitable. They disagree on what the agreement even means and that is where the start. The Supercommittee followed this role in the debt ceiling deal charged with finding $1.8 trillion in deficit reductions, or else triggering cuts to spending concentrated in defense.

On November 21, 2012, the Supercommittee concluded its work, issuing a statement that began with the following: “After months of hard work and intense deliberations, we have come to the conclusion today that it will not be possible to make any bipartisan agreement available to the public before the committee’s deadline.” The committee was formally terminated on January 31, 2012

The very Act they were all patting themselves on the back for, they now want to postpone moving it forward on a rolling basis. White House budget office controller Danny Werfel acknowledged last week after testifying to Congress, explaining that the full force of the $85 billion in cuts would not be felt immediately. So why is Obama on TV surrounding himself with emergency workers? Werfel did caution: “It’s very harmful as you go forward. On a seven-month time frame you’re going to see the effects relatively quickly.”

The Democrats are gathering to blame the Republicans for all the cuts. If the austerity measures were to hit full force, they could reduce 750,000 jobs. That would be a blessing for the sooner we layoff government workers, the sooner they can learn skills and enter the real workforce just as the farmers had to following the Great Depression. 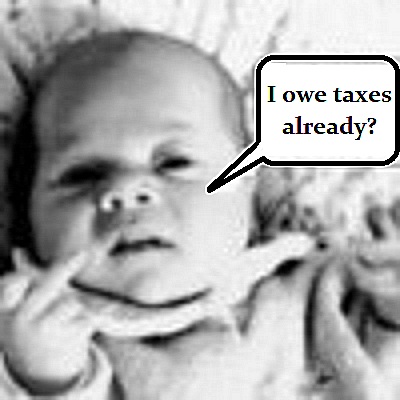 The atmosphere back in 2011 was amid a fever in Congress for deficit reduction, following the economic downturn that began in 2007 caused by the bankers and their latest product that blew up like everyone before it since Orange County. Now that the stock market is rising and gold is declining as fears of runaway inflation subside, the Democrats, always eager to spend other people’s money before they are born, and demanding money from people who do not even live here simply because one parent was America, are saying behind closed doors – it’s not necessary. The cuts will “visit hardship on a whole lot of people,” Obama said on Tuesday.

Lets get real. This is only $85 billion, the first installment in a decade’s worth of required cuts he signed into law totaling $1.2 trillion. There will be some furlough notices to government workers, but there will be no outward signs on March 1 that the cuts have even taken effect. Then he will give them unemployment for years.

Under the law, retirees are shielded and so their Social Security checks will arrive on schedule at the beginning of March and every month thereafter. Similarly, the elderly and the disabled will not see their federally backed Medicare healthcare curtailed at all over the seven months.

U.S. soldiers will still get paid and the Defense Department will be allowed to shift funds to ensure that combat operations and “critical military readiness capabilities” are not jeopardized.

Only if the cuts go into effect will we see any Democratic and Republican leaders  getting serious about negotiating a replacement to the sequestration and the $85 billion in spending cuts. So anyway you cut this, it is a good thing.

One curious note, Members of Congress, forgot to exempt themselves from the spending cuts. Nancy Pelosis will not get her private jet back. The members will be advised to begin preparing their staffs for either salary cuts or layoffs if they have to shave funds from their approximately $4 billion in annual appropriations. That will be the first genuine impact that you may see real negotiations take place.