The U.S. government began to shut down for the first time in 17 years early Today, after a bitterly divided Congress over Obamacare defunding failed to reach any agreement as expected. What must be stated openly is that the “New Deal” of Roosevelt has actually destroyed the very fabric that formed society that nobody wants to look at no less discuss.

For centuries, people had children to provide for their own retirement. Family units were the social structure. The sad part of socialism is how this family unit was fundamentally destroyed by socialism. Once social security was created, children were relieved of the burden of taking care of their parents – that became government’s job. People were told to save conservatively. They salted away money often in government bonds. Now government has been so fiscally irresponsible, they have to keep interest rates low not to stimulate the economy, but to control their own perpetual deficits.

The retired can no longer live off of their savings. Their home has proven to be anything other than the savings for retirement as annual property taxes alone approach the cost of the house in the 1950s. Pensions are insolvent and taxes only rise perpetually. It now takes two incomes for a family to survive. The New Deal has failed on every level. 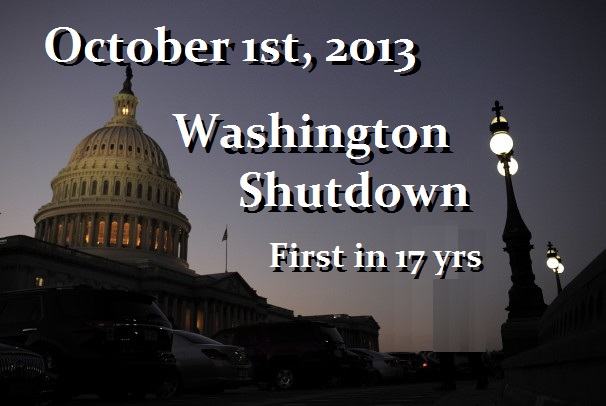 Hours before a midnight deadline, the Republican House passed its third proposal in two weeks to fund the government for a matter of weeks. Like the previous plans, the new one sought to undermine Obamacare known as the Affordable Care Act, but this time by delaying enforcement of the “individual mandate,” a cornerstone of the law that requires all Americans to obtain health insurance.

However, what is not commonly discussed is the fact that as of January 1st, 2014, Obamacare also impacted staff of Capitol Hill so the new proposal also sought to strip lawmakers and their aides of long-standing government health benefits. This, as I reported previously, could cause the resigning of staff that at least were more fiscal conservatives.

This entire New Deal structure has changed the way society functions. This is what has been so dangerous for it accomplished the same fundamental flaw as Communism – it shifted the reliance upon family to government. Even welfare altered the structure of the black family by creating incentives to have children without the husband, The black family was stronger than white prior to welfare because they were clinging to the old ways where children supported their parents. Once that was undermined, the very fabric of the family was destroyed and government stood in its place the same as communism.

This is our greatest problem. Politicians have been so irresponsible and there have been no economic plans or long-term structural designs created for the future so that we are facing a systemic implosion. This is the greatest threat to creating something on the grand scale as the collapse of Rome and the emergence of a Mad Max event. This is the consequence of DEFLATION – a far worse fate than HYPERINFLATION. The former results in the Cannibalization of the social structure and fabric that holds everything together as government raises taxes and hunts down capital forcing it into hiding reducing liquidity that remains at about 50% of 2007 levels and the collapse in the Rule of Law that opens the door to legal persecution. The bankers are telling congress that liquidity is low and they need to trade with other people’s money. The government will seize all pension funds as did Argentina. Government has presumed anyone doing anything outside the USA is hiding money and thus they have presumed guilt and are now destroying the global economy.

There are those who are desperately trying to undermine our forecasts who are NOT in government but are just low-life greedy people who only see themselves and the hell with the world. They are stupid like government unable to see beyond their own personal self-interest. This is like a bucket of crabs where none escape because each tries to grab on to the one in front to lift themselves out.