What is Money & Are Future Contracts Immoral? 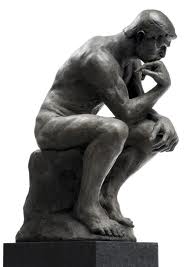 Even though you don’t usually post comments from people that you perceive as “critical” of some of your views, as well as those who try to correct you when you do make errors (we’re all human, not perfect), I still feel compelled to point out some things on several issues you’ve written about recently:

1. “Money” that’s “created out of thin air”, for starters, is a contradiction in terms in and of itself. If it’s money, it must have intrinsic value, otherwise it lends itself to fraud – and the ultimate fraudulent instrument is electronic so-called “currency” created and controlled by a handful of private individuals that don’t represent the interests of the public.

REPLY: I have addressed this topic and others along these lines many times. At the Solution Conference I went over our entire problem stems from the fact that we are not examining what is truly money and your comment that it must be intrinsic is what prevents us from advancing. What you describe is a barter system – I will give you this for that. This is trapping us in the stone age.

Other negative comments have said future contracts are selling something you do not yet have is immoral. I do not know where this idea comes from but if I paid you to work yet I pay you in advance, isn’t that the same as a future contract? If you work for the week, then you are assuming I am good for the money and will honor your labor paying when finished. To eliminate futures becomes impossible. Do I pay you on a minute by minute basis? Even then, do I pay you in advance or after each minute?

Money is the total productive capacity of a person and the combination with all the people builds the wealth of a nation. China rose from Communism NOT because they had gold, it was because of their people. Japan had no natural resources to speak of nor gold and they too rose from the ashes to the second largest economy. This proves Adam Smith was correct – money is not gold, it is the capacity to produce and that is the Invisible Hand. All I can say is watch the Solution Conference, because until you grasp this concept, you cannot move forward.

Are you a worthless individual incapable of supporting anyone because you do not have some tangible form of money? Hard work means nothing then.