What About Gold – Hoarding – & the Reserve Dollar Status 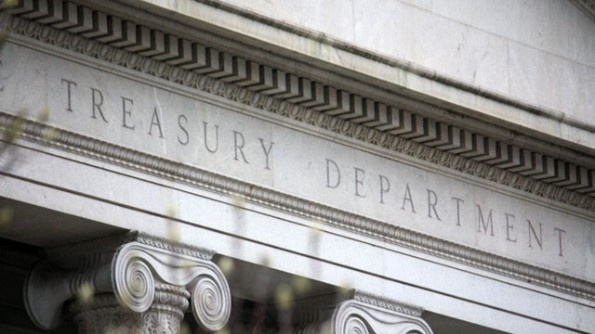 The Debt Ceiling Crisis has done far more damage than anyone suspects. It has drawn attention to the Sovereign Debt Crisis by highlighting the national debt and then the “Conservatives” are targeting the Republicans who voted to end the shutdown. While it may be admirable that someone is trying to address the debt crisis, shutting down the government is by no means the way to do this,

Then there is China where papers are calling for the de-Americanization of the World. That is far easier said than done when the USA is the largest consumer market and the national debt is the means of parking big money for institutions and governments alike. This is not an issue of the dollar alone. This is an issue whereby the entire world economy needs to be revised in a non-political manner – harder to accomplish than identify. Until that takes place, the US dollar cannot be replaced as the reserve currency. The Euro is a basket case and Russia and China would be equally as bad even if they had the mass to replace the dollar. Then there are countless third-world countries who issued their debt in dollars. True, China accounts for more than 40% of the demand for base metals, Big deal. China will surpass India for gold consumption only because India is out to stop gold purchases. China will soon be the largest oil importer but the USA is surpassing Russia in energy production. So the Sovereign Debt Crisis will cause major economic change, but it will not be so easy.

Gold clearly could be confiscated in this hunt for assets. You certainly do not want to have gold allocated in a bank. Banks will hand-over whatever the government demands faster than Microsoft, Google, and Facebook did with the NSA. Gold should rise in value and we will be providing the 2014 outlook in January where we will give the targets for the low in time and price.

The hunt for money is causing capital to hoard among small investors. It is small business that provides about 70% of all employment. The governments are attacking the very engine the holds society together. True, assets will rise, but this is the shift from public to private that is manifesting primarily among institutions. The number of inquires at this level are increasing dramatically in our firm reflecting this very distinction. Pension funds have no choice but to abandon government debt seeking higher yields. Then there is the smart money among individuals who realize they cannot store gold in banks nor cash and the only place to park is equities. This is not even about trading. It is about hoarding capital – looking for a safe parking spot. 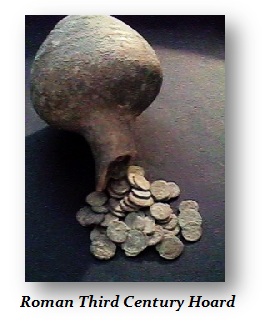 The finds of Roman coins from the 3rd century, even though they were debased, are extensive. This demonstrates that there was no safe place to store money for they buried money that was depreciating in purchasing power. Better to have something than nothing.

The years ahead are not going to be easy. We will have the Global Market Watch up by November 1st and we will be informing clients about weekly reports with the turning points, enhanced volatility indicators, and reversals.