West v Russia – Who is to Blame? It Maybe Just Basic Psychology

I do respect your analysis, experience and what you do yet there is something that doesn’t fit with the independency you claim. You blame Obama and western leaders for acting like kids while you are rather silent about Putin merely just stating that he is forced to act the way he does and if there would be any escalation of the war/conflict in Ukraine then US are the one to be blamed.

Being from ex-communist Czech Republic, we do have bunch of experience with “poor me/gotta protect our space” Russian approach since WWII, and if there’s at least some truth in what Suvorov writes, the history of even WWII should be rewriten.

During the communism our army (and I guess the entire east block since everybody followed what Moscow said) prepared for defence from the “evil” capitalists. Interesting is that we practiced the defense at the Rhine river! Which is basically the western boarders of then Western Germany. So we would have to first conquer that place before we could defend it! So much for defending ourselves against the “evil” capitalists.. Seems to me more like we would be the aggressors striking first..

Seems to me that Putin smells the weakness of the US now and tests what he can do. You wrote that Putin understands power only and sees power in the land. Bigger land, better for the country.
Putin comes and takes Krym, not much happened. He stirs the pot in Ukraine, pretending he is not there, not much happened. He flies airplanes around, pretends he strikes and not much happens. That to me spells troubles, because he can see that as weakness and can continue with his expansion.

And before you know it, he can take all the Europe. Doing basically what Hitler did, one step at a time, testing if the world leaders would act. They didn’t so he continued taking..till they no longer could ignore him hoping he will just stop.

What makes Putin different? You wrote that war basically is the way to shift the focus of citizens from the domestic economical problems. So how does that make Obama faulty? If Putin would be after respect, wouldn’t he gain it way easier restructuring his country? Why blame Obama? What he can do to make Putin “rest” his case?

If Obama is acting like a kid, doesn’t Putin behaves the same even worse?

Again, I really appreciate the work you do, the blog you do and who you are, even though you could just retire, but I don’t understand why you are so silent about Putin while blaming Obama that he might just escalate the war. I’d really like to understand that difference.

Seems to me the only solution would be to show power to Putin to back him off, wouldn’t it? Something that JFK did during the Cuban crisis.

REPLY: What you have laid out is correct. Sometimes I skip over things because they are obvious to me from working in the political economy. The REASON I blame Obama and Western Leaders is not that Putin is correct, it is that they do not understand how to even negotiate. Trying to bully Putin is the the wrong approach and refusing to speak or showing contempt to even shake hands is only putting his back against the wall in a VERY PUBLIC manner. Do that and then he MUST become aggressive or appear weak at home.  What you say in private is one thing. The way they treated Putin at the G20 in public was childish and completely unproductive.

Yes on the one hand you can show force. But quite frankly, the West is broke and has no stomach for hand to hand combat. Putin can smell the blood and yes, he could take all of Europe faster than most people realize. The ONLY way to have dealt with this was to split Ukraine voluntarily and allow the people to move on a subsidized basis. Putin needed a victory and refusing that invites war.

G20 passed the point of no return. We are in a full-blown confrontation now and historians will look back upon this meeting and criticize the so-called “world leaders” who do not understand the first thing about politics. Confront a politician publicly and you get resistance. We have Guber-Gate. Obama lied and said he never heard about him and then tapes come showing he named him as one of the four people he relied upon for Obamacare. Obama was stupid to lie, but this is the problem. Confront a politician publicly and you get that posture. It was brain-dead not to negotiate behind closed doors. Trying to the pipeline through Syria to cut Russia off from the European market was really bad form. The West has been trying to get Putin overthrown and to circumvent its ability to service the European energy market. This was a stupid agenda.

The West could have defused this crisis by a settlement allowing the Russian speaking region of Ukraine to return back to Russia putting a feather in Putin’s cap. Then, you open Russia economically and strength the people of Russia to enable them to see that joining the world economy is better. That prevents war not politicians. Now we have bitter feuds and hatred growing among the Russian people. This type of settlement would have disarmed Putin. You MUST give something to get something – it cannot never be one-sided. The West has strengthen Putin ensuring he cannot now back down without losing face at home. Russia is now the image of Putin – huge mistake the West has created.

The strategy to isolate Putin is a total failure of negotiation. Whatever Putin’s personal desires were for empire, become secondary without the support of the Russian people. China has stated the reality very clearly – “we need each other”. Get the economies integrated and you will reduce war.

You cannot ever impose dictatorial power as attempt in Europe with the EU. This will always, and without exception, create unrest. The EU mistake is thinking one government will prevent war. That seeks to force down the throat of different cultures a one-size-fits-all approach. That is the mistake of the EU design. They are creating war within Europe by their dictatorial powers and not respecting the different cultures of the member states. They cannot create the United States of Europe by force.

Russia presents the same problem. Recognize the people of Russia and embrace them into the global economy and their own self-interest will keep government in check. China is wise and it understands this very issue. Rome allowed each region to keep their culture and gods. That is among the list of things that made the Roman Empire last for a 1,000 years.

Sorry if I skip over things from time to time. That is the hard part in writing this blog. It is like just speaking in technical terms like GDP and CPI are ok for most people, but not all. The assumption on my part that I am talking about a failure of leadership is wrong without explaining perhaps in detail. 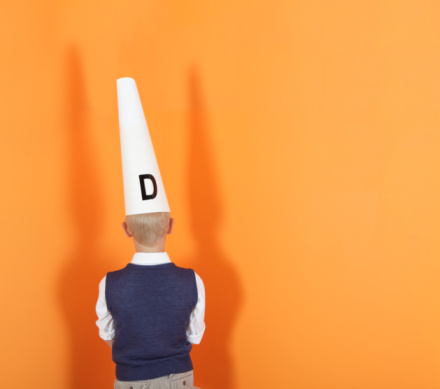 Russia’s conquest of the Eastern European nations was its empire building days like the British Empire. That was based upon the old theory that size is greatness. Putin still thinks in those terms and emails on our Russian site show there are many who blindly think that expanding Russia makes the country strong again. That is 18th century thinking.

Japan proved that Adam Smith was correct – the wealth of a nation is not the amount of gold as Spain demonstrated or land mass the colonial era demonstrated, but the total productive capacity of its people. That is what backs any currency – the capacity of its people to produce exploiting its comparative advantage. Switzerland gave up its comparative advantage (banking) and it will now decline. If some remote island of primitive natives became rich because a meteor of gold crashed to earth, that will not make the people smart or productive – just rich. Spain used its money to buy everything and pay Frenchman to work. It failed to invest in expanding its domestic productive capacity. When the gold ran out, Spain collapsed from the richest nation to one of the poorest.

Russia needs this lesson and that can only be accomplished by embracing Russia and expanding its economy. Not trying to circumvent its energy or trying to make it stand in the corner with a dunce hat.