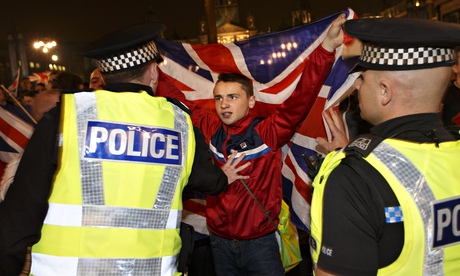 The violence has begun in Glasgow as loyalists have started to attack pro-independence supporters. This entire situation remains unresolved and now not only is Scotland divided, the damage in seeping into the UK as a whole. Politicians are already backing away of promises to devolve more power to Scotland. I serious question this will ever end nicely. We are dealing with a major economic crisis as the younger generation are being deprived of their future to support an unsustainable economic system throughout the entire Western society – not just Britain.