USA – Has it become Reagan’s Definition of an Evil Empire? 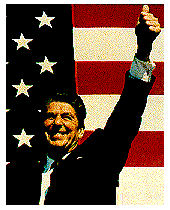 The phrase “Evil Empire” was applied to the Soviet Union by U.S. President Ronald Reagan, who characterized the Soviet Union’s strategic and global military capabilities of world dominance. The characterization was viewed as demeaning by the Soviet leaders. However, everything that Reagan used to justify that label the NSA, Feinstein and Boehner have adopted and endorsed. 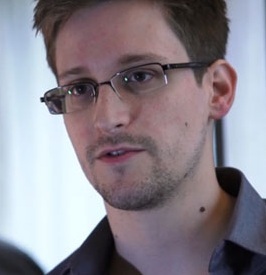 It is now the ultimate irony that Russia is considering political asylum for Edward Snowden. This above all demonstrates cycles – what goes around comes around. Whenever unchecked power is allowed to grow like mold on a closed bag of bread, this is what happens when it is opened and seen in the light of day. Feinstein and Boehner are NOT representing the people – they are the establishment to the core. This is why term limits are essential to prevent politicians from becoming career hacks who quickly forget their role in the system and become the ultimate dictators. I loved when Muammar Muhammad Abu Minyar al-Gaddafi and Saddam Hussein fell from power. Their comments were that they were dictators who were in power for 35 years. They obviously did not look in a mirror to see how they too have been in power for about the same time and also pretend to be reelected with mock elections rigged by the party.

How the Spy Story of the Century leaked out