US Vows No Default over Debt Ceiling Debate 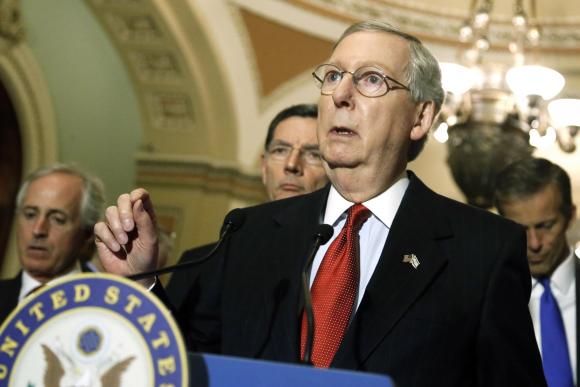 QUESTION: Marty, will there by a spike high in US sovereign debt or just a low in rates overall? It also is starting to appear your influence is everywhere. Now a lot of people are clearly referring to this as a debt bubble. The media does not quote you, but it looks like a lot of people are mouthing what you say and certainly you are the source. You write something and they mouth it days later. The Fed is even now studying the business cycle formally. You are far more influential than you may even suspect.

ANSWER: Part of the entire problem with debt and why we seem to be reaching BIG BANG, is that we are on a perpetual borrowing agenda in every country. The USA has to approve constantly extending the debt ceiling every year. This is getting very tiring to say the least. Senate Majority Leader Mitch McConnell said on Sunday, that they will act in time to avoid Washington defaulting on its debt.

Rates are falling in the private sector, but in the public sector we have this clash with extending the debt ceiling year after year. People are starting to get concerned about government debt as a whole and we are seeing this in Europe as well. Nevertheless, the comments on Sunday are a reflection of the weakness in the market that is being driven by – oh, here we go again.

PS: Yes I am aware of the Fed starting to investigate the business cycle. At last!