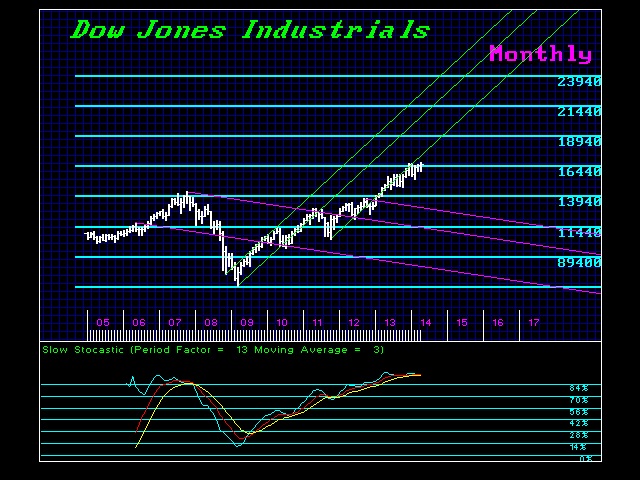 The Dow Jones Industrials have in no way made a major all-time high despite all the prognostications of a major crash. As stated at the World Economic Conference, yes we see a correction near-term with volatility starting to rise in June into next January. The oscillator is at the top and is starting to turn.

May is a Directional Change so we are still on alert to a near-term correction. We have a Weekly Bearish Reversal at 15665 level followed by 1528400. The Directional Charge begins next week and the target week in June is the week of the 16th. A Daily closing BELOW 15824 will signal weakness ahead. Key support lies at the 15665 ares followed by 14700. Only a monthly closing below 12288 would suggest a continued decline.