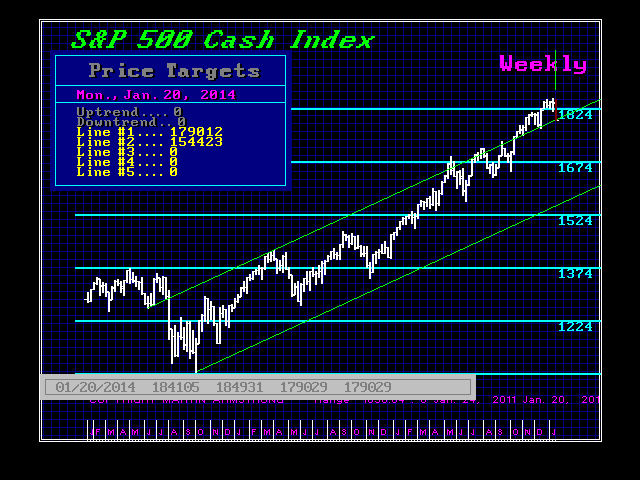 The rout in the US share market has many talking heads patting themselves on the back. But this is by no means a major high. The Cash SP500 had finally broken out above the Breakout Channel. It is typical to come back and retest it before advancing. The cash closed at 179029 and the channel top resides at 179012. We have NOT elected any Weekly Bearish Reversals as of yet and our first one lies at 176040. A weekly closing beneath that level should cause a move into the mid-point of the channel in the 16800 zone. We still see the weeks of Feb 10th and 24th as the nearby targets for turning points.

As we have warned, a near-term correction was due with the first opportunity for a low in February. January did just barely exceed the December high intraday, but not on a closing basis on the Dow and SP500, This raises some concern technically. Exceeding the December high even by a fraction intraday warns we do have a serious outside-reversal to the downside potential if the SP500 closes below 176799 at month end 15665.08 on the Dow. This would warn that a sharp drop is likely into February where we could see a retest of the 1680.00 level on the Cash SP500 15365.00 on the Dow. 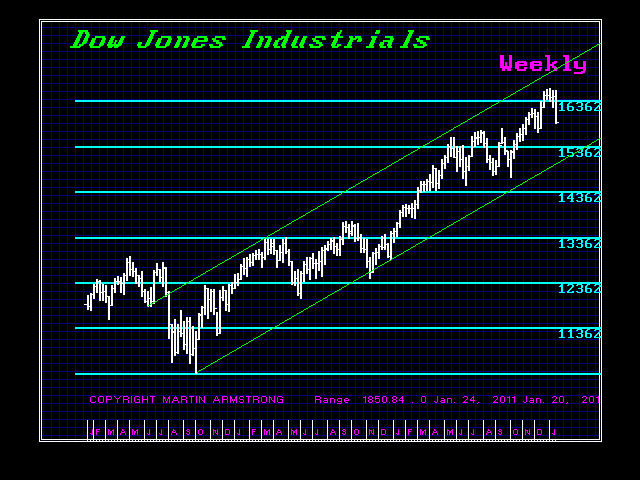 The same construction of the Breakout Channel on the Dow Jones Industrials gives a different perspective. Here the market has still not broken out. It remains contained within the channel and this illustrates the difference between the HOT MONEY and the BIG MONEY. The Dow is still the leader to watch. Here, the turning point is the next week so caution is required. Again, no Weekly Bearish Reversals have been elected, but a weekly closing BELOW the December low will warn of a technical sell-off ahead.