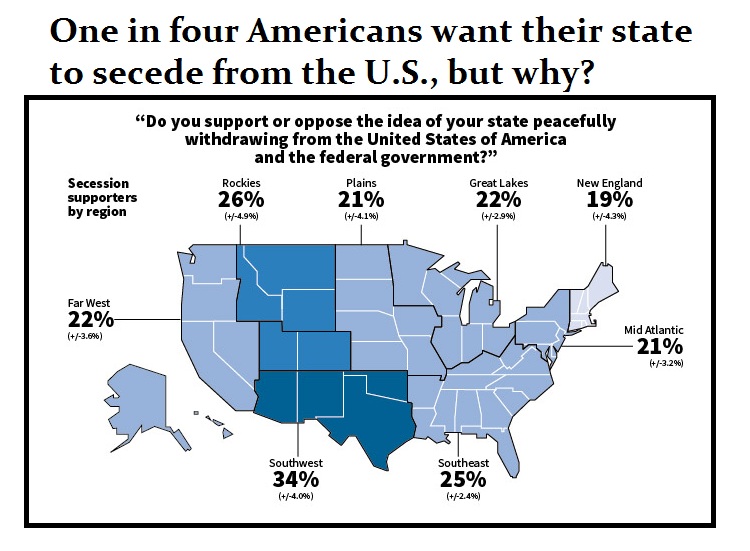 At the Berlin Conference we also stated that we would see the USA  split as well along political-economic and religious grounds. Reuters has now published the result of polls asking should your state separate from the United States. Here are the results. On average, one in four (25%) of Americans feel they should separate from Washington, DC. We will see the same trend of separation emerge after the 2016 Presidential Election. Civil unrest is coming to America sooner than you think. This will ignite old feelings of discontent as well which are both religious and race in America.