US & German Involvement in Ukraine

Spread the love
more
COMMENT: Hi!
You know you are brilliant and grasp many aspects correctly, well ahead of the curve. What’s more you stand by your conviction openly and that’s commendable.
I recommended some of your latest short articles on Ukraine, but I would like to turn your attention to the different shades of pale there.
You are right in the obviously correct statement, that the Maidan was – and STILL IS – legitimate grassroots movement.
What you seem to assiduously overlook is the also obviously real american and german direct and indirect involvement in instigation and evolution of latest coup d’etat. It is a logical continuation of so called “orange revolution”. You do not need to look very deep for proofs to find them, a casual check on the ground will give you ample occasion for this. If you do not have time on hand, check please so outspoken Victoria Nuland. I know for obvious fact, that all the latest leaked phone converstaions, so diligently commented by german chancellor, like a clockwork [I checked the timetables of these operations – so I do know], came all from Moscow.

So obviously in Kiev there is not so simple a game, like the good new Yatseniuk, against the bad old Yanukovitsch. Berlin, Washington and Moscow play their games right from the start, and correctly speaking, BEFORE the start.

And by the way, please do not loose from your sight the undeniable FACT, that the good new Yatseniuk was personal banker of deeply corrupt Tymoshenko, who was tried and condemned for EMBEZZLEMENT by a court. You know as well as I do, that their courts are not less corrupt that the NY V circuit, but the fact remains, that Yatseniuk is a close personal and financial friend of an international embezzler. It is all a mafia style, corrupt hellhole, where all the outside powerbrokers want their cut of the deal. No knights on white horses in sight. Please keep this in your sights – all intervening outside forces have dirty hands. ALL OF THEM.

REPLY: I thought I made it clear that the installed politicians in Kiev are hand-picked by the West including Germany and the USA. This is why I say the people have been warned that if they rise up against this NEW crop of corrupt politicians, they will have zero support.

The corruption is pervasive on ALL sides – this is by no means limited to Russia. This grassroots feeling against corruption is NOT restricted to Ukraine – we just saw it in Nevada and then people/government go to remove video from YouTube to hide the actions of the US government.

I know there was no leaders from Maidan, for my direct contacts could find nobody willing to stand-up to assume such a position. I would have been glad to hop on a plane with no charge to help restructure a government that would be honest. I know a lot of people who would have chipped in with the hope that if just one government reforms, it will become like a virus that spreads among all world governments.

I would have had Ukraine default on the national debt just for starters and told the creditors they KNEW Yanukovich was corrupt and he had accounts everywhere from London down to Switzerland. Where did all this money come from for a guy whose job paid 25,000 euros? Go collect the debts from him – not the people of Ukraine from whom it was stolen.

I am ahead of the curve because I am supported by a network of REAL people around the world who see what I see and know what I know is coming. Either we stand for something or we lose everything. That is the choice on the table. 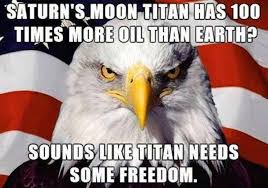 This is not over for Ukraine. The people in the Western Ukraine will fight. NATO is a disgrace as is the United States in this regard. They like to play stuffing parliaments with their cronies but when it comes time to put-up or shut-up, they remain silent without some profit to be gained. Why should Russia stop with Ukraine? The West is corrupt and weak. There was no monetary gain to invade Ukraine as was the case for Syria and Iraq. Just follow the money. We need a real DEMOCRATIC government structure – not a Republic with career politicians that have the audacity to call their corruption Democracies. The people have NO vote whatsoever – they are “represented” by corrupt politicians you cannot get out of office.
I wish you all the best in Ukraine. Your day, and everyone else’s, is still on the horizon.
more
Categories: Uncategorized