Unions Out of Control – the Real Poison Pill 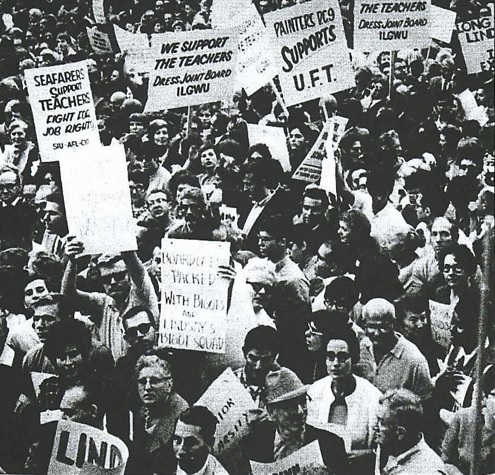 The unions are probably worse in Philadelphia than anywhere. They are driving the city’s Convention Center into the brink of bankruptcy because of their arrogant demands. We had to cancel our conference there because we were not allowed to hire a video company that was not local Philadelphia Union. The German film crew that has been making this move would not be allowed to have their own people. We had to cancel and move. When we called the Marriott with just 1 week to the event, they asked why were we cancelling? The unions?

The Construction Unions are basically criminal organizations. They threaten people who do not use union labor and now a bunch of people are getting indicted for such violent activity. These unions have been destroying equipment of competing firms that are not union. They have goon squads that intimidate people.

The days when unions were necessary to ensure working conditions are long gone. There are all sorts of laws in place that unions are no longer necessary. Nevertheless, we are looking at a major rise in civil unrest coming primarily from state unions. These are teachers to bureaucrats all demanding more and refusing to reduce their demands. This system is just unsustainable. They have attack advertisements in Pennsylvania blaming school violent on cutting teachers. Governor Christie cannot fund the pensions of state workers. When he said the unions have to give back, they said no – they want more.

The problem is that the only way to pay these unions is to raise taxes. That reduces the disposable income and robs the citizen of their future to fund state workers. It was the unfunded pensions that caused the collapse of the Roman Empire and it wiped out the city of Detroit. More than 50% of tax revenue went to pensions and that means you cannot fund government without it shrinking.

This is the poison pill that will destroy Western Society. This hunt for taxes will destroy the economy and will not save the day in the end game. Just do the math.

« How Bureaucrats Undermine Everything
Glen Downs & Martin Armstrong From Capitol Hill May 21, 2014 »