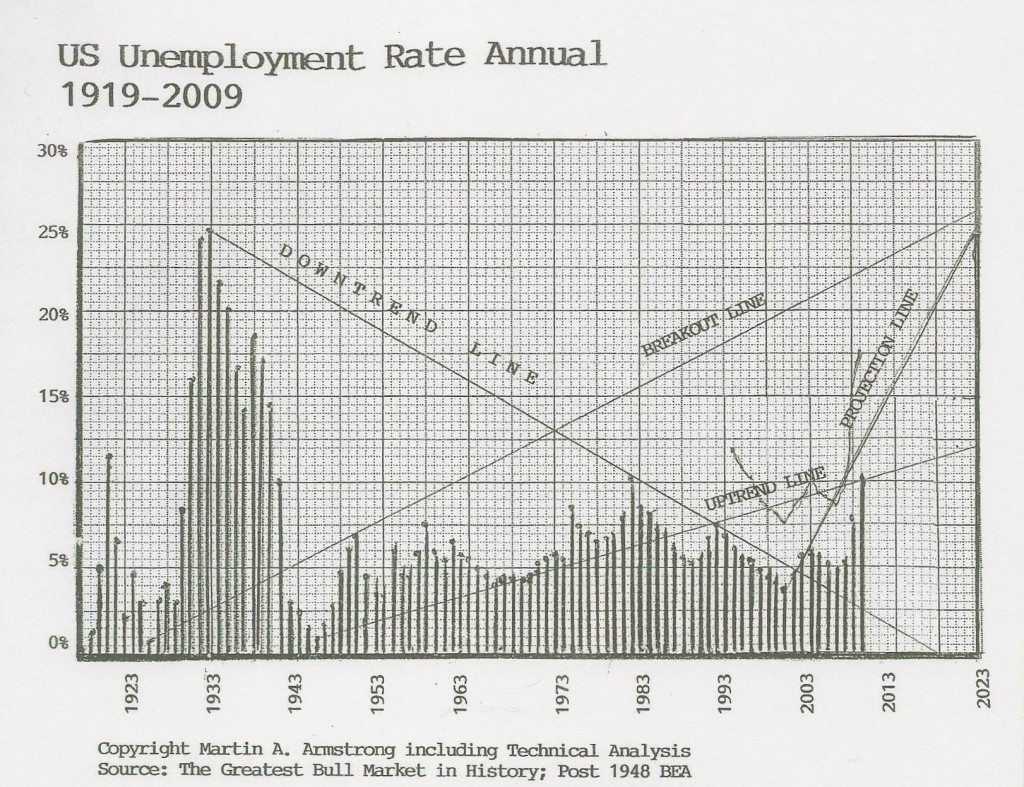 This is how Deflation operates. The budget cuts are impacting the unemployment benefits which have been cut to the states and how they pass that on will vary. Nevertheless, when the economy turns down after 2015.75 and unemployment continues to rise thanks to cutting mainly state and local government jobs, we begin to create the same trend as we see in Europe. It just takes about a 4 year lag economically as well as in fashion. This is based on official numbers that are doctored. Nevertheless, it is the official number that we are watching that will rise in any event as projected back in 2009.