My Personal T-Shirt for Tomorrow

Yes tomorrow is the Ultimate Pi Day, which comes around once every 100 years. Is it significant as a target in markets? No, not particular. For you see, this is based on our current calendar, which was a revision known as the Gregorian Calender. This switched the start of the year from April 1st to January first. 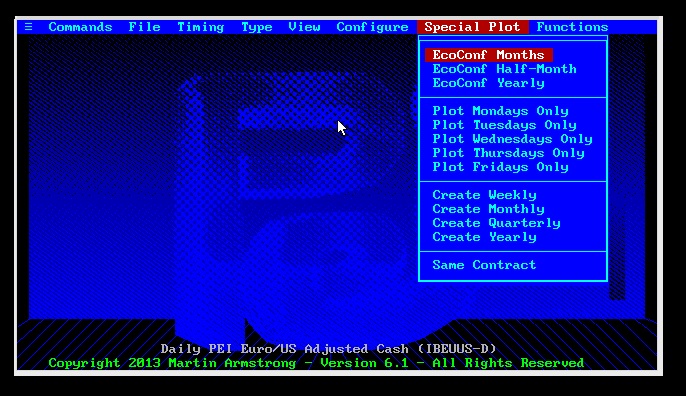 TIME is fungible. It is the Fourth Dimension. Our computer not merely plots everything in every currency and then maps it to international capital flows, which has been a proprietary model we have created with real-time data contributed from many sources, but then we recreate time itself. Our models are based on our own calender – a scalar date system whereby we merely count days with DAY ONE being 6000BC. Thus, our computer is capable of translating that scalar date into any calender format as it was used and evolved over time and cultures..

We recreate weeks and vary the days from 3 to 18, as well as months, quarters and when years begin and end. The number of calculations are far beyond what anyone is capable of working out on a human level.

So this is only the ULTIMATE PI DAY basis the Gregorian Calender. We use Pi according to our scalar date system we designed. International Pi Day honors one of the world’s most recognizable mathematical symbols, and is traditionally celebrated on March 14 at 1.59 pm – a date and time that gives the first six digits of the number pi (3.14159) in the US date format.

I will celebrate myself and toast a number that changed my own life even though I was raised in a home with the address also being 314 – an amazing coincidence I suppose.

« Bull Markets are Defined By Currency Flows
Gold Falling out of Favor – Now they Count on Apple Watches? »