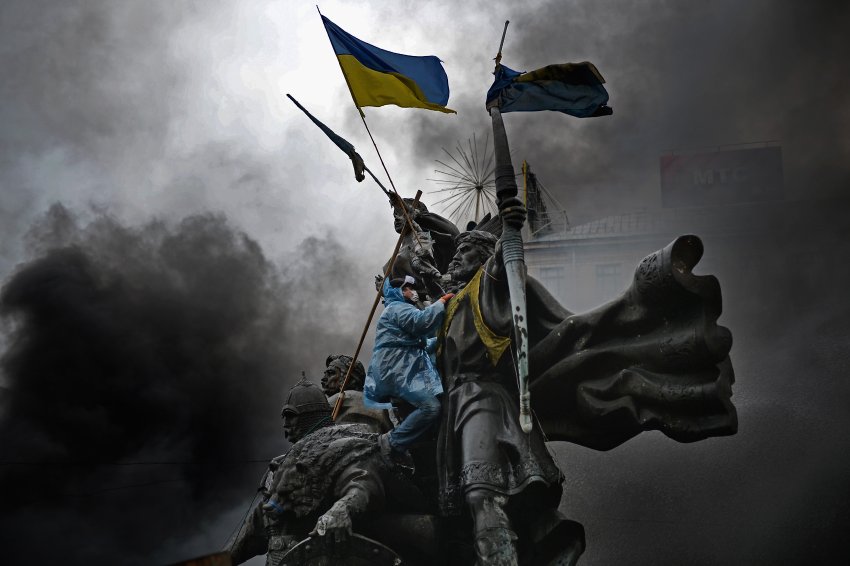 The Mayor of Kiev has distanced himself from Yanukovych. The Ukrainian parliament on Thursday passed a measure that would prohibit what Yanukovych has called his military “anti-terrorist operation” to restore order by sheer force, and called for all Interior Ministry troops to return to their bases. The politicians in Ukraine are running away from Yanukovych who is being seen simply as the entire problem and his dictatorial policy.

Yanukovych claims to have reached a preliminary deal struck overnight that would see him lose some of his powers, and a “caretaker government” should be created in 48 hours that would include representatives of the opposition. Whether or not Yanukovych truly honor his word remains to be seen since he has placed his personal desires before the hood of his people. He enacted a law making it 2 years in prison for more than 5 cars to follow each other after protesters first appeared at his residence before Independence Square was occupied. This led to signs being placed in cars – “Don’t Follow Me – I am the 5th Car”.

The head of Yanukovich’s party in parliament, Oleksander Yefremov, said the deal includes early presidential elections in December, and a constitutional vote in September, according to the Interfax news agency.  The question remains, is Yanukovych simply buying time?

Yanukovych also promised constitutional reforms trimming presidential powers, that has been a key demand of the protesters, most of whom are college educated. These are the people who had dreams and saw them turn to dust. Yet there are other groups with very different ideas as well as anti-capitalism and anti-semetic.

The question become the national debt of the country and if we are on the verge of a default that will most likely spread as another contagion through emerging markets as we are seeing this civil unrest in many countries.