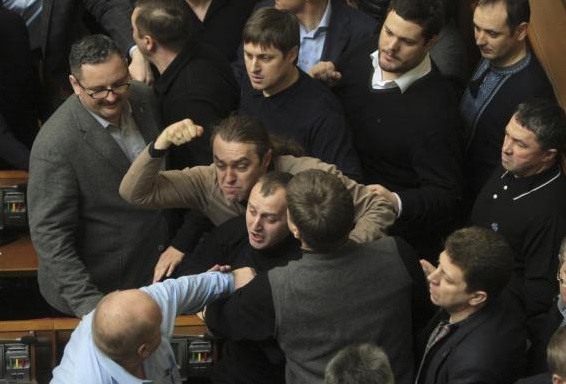 The Ukrainian protesters are wisely demanding that Yanukovych immediately resign. This ruthless dictator trying to stay until the end of the year is a joke. That is right out of how to politically oppress your adversary. The smartest play for Yanukovych is to promise anything, get the protesters to leave, and then send his mercenaries to arrest them individually during the night. The only possible way to achieve calm is his IMMEDIATE withdraw from government. 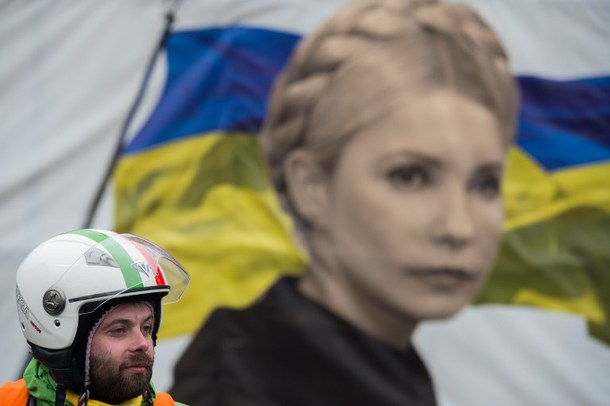 Meanwhile, the politicians are abandoning Yanukovych at every level. He is likely to go down in history as the mad-dog of Kiev. There was even fighting among members of Parliament. A constitutional majority in Parliament voted to order the release of  jailed former Ukrainian Prime minister Yulia Tymoshenko whose picture appears on this banner. Yanukovych  stands virtually alone as even communist politicians  voted against him to order her release from prison. 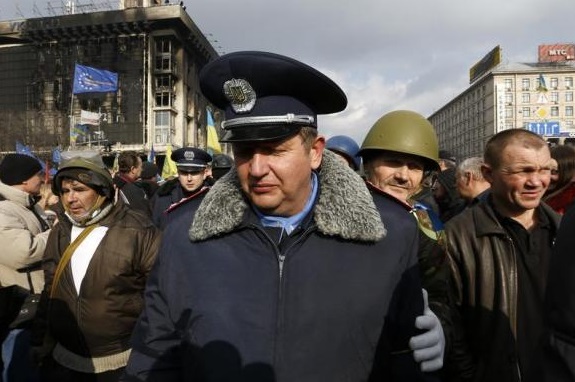 As I reported previously, our sources were reporting that the “real” police were even joining the protesters in previous days outside of Kiev. Now, they join them even in Kiev. This is what I stated that historically it was essential to gather the police on the side of the people against Yanukovych’s mercenaries.

I understand the emails coming in that are pro-Russia. I counsel only to the point that I believe the nation will survive divided for there is far too much resentment to simply put this all behind and walk forward. Divide Ukraine along the historical language faultline and there is a chance to calm things down. Otherwise, this will flare up and take others with it. My position is consistent – ALL governments are only a necessary evil. They should never be allowed to have such power over the people for it will also be abused to sustain that same power. It does not matter what form of government – they are all the same.