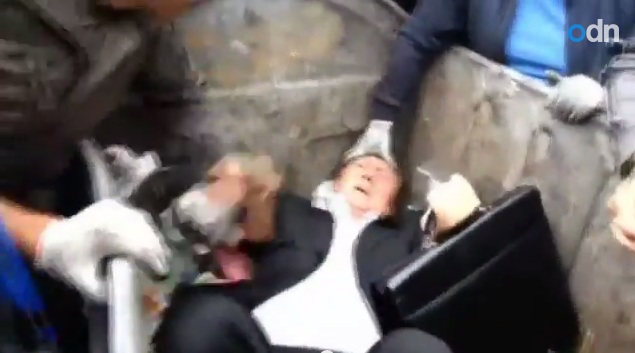 We still have people who try to claim the entire Ukrainian revolution was a CIA plot. They still disrespect the people of Ukraine and diminish their outrage at corrupt government. Just because the West has stuck their favorite sons in government, this does not sit well with the people. They are quiet mostly for now because there is war. I have spoken to people who were on the barricades and some who volunteer in hospital to take care of the wounded soldiers. They are real. The people who make up this stuff are just as always, make up conspiracies about things they have no direct knowledge about.

The people are still angry. They threw a politician in with the garbage who was one of the politicians who voted against the people.