Ukraine – Not Over Yet 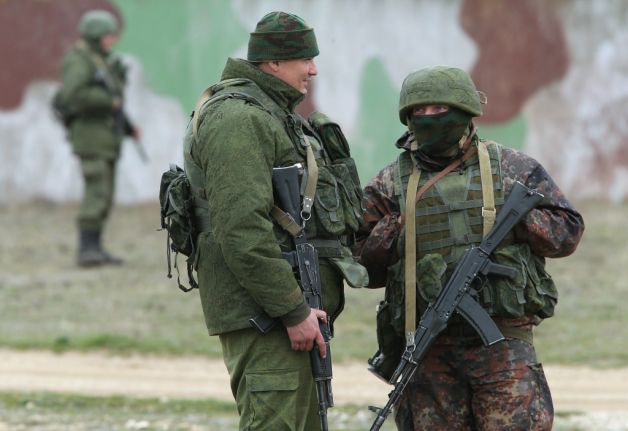 The propaganda never stops from both sides and to get at the truth just reading the press is next to impossible. The Russians keep touting this was a US plot, and the US keeps trying to wiggle into the situation but the GRASS-ROOTS people do not leave for they are pissed-off at government in general and do not trust even the interim so-called political care-takers.

The US is finding it hard because this is a GRASS-ROOTS uprising that is fed up with politicians and trusts nobody. The US needs some sort of political structure to deal with, yet the politicians there are seen by the people as questionable care-takers not worthy of their trust no less respect. Even the so-called Maidan leaders who showed their faces once or twice in the Maidan are not acceptable and certainly not trusted.

The people lack leaders and it is more of a committee consensus than some hero rising to the forefront. This is the distinction between a real GRASS-ROOTS movement and a pretend one like the invasion of Iraq that has to be sold by the politicians with extreme exaggerated claims. The people are waiting for the May elections and until then, it remains a waiting game. They are not willing to accept puppets from Russia or the United States/EU.

There are insane people in Washington and Europe down to Turkey that do not appreciate the situation and want NATO to expand and include Ukraine. They fail to see that this will only provoke Putin and war will most certainly be the outcome. The USA has pissed-off just about everyone with its NSA nonsense and that has cost it serious respect. It has also placed China on the side of Russia for now.

Therefore, the morons who play with other people’s lives and see no problem starting World War III, neither comprehend history or Sun Tzu’s Art of War, which counseled against long-draw-out campaigns as economically disastrous. The waste of resources in both Iraq and Afghanistan demonstrate that Sun Tzu understood what he wrote about. Our leaders start wars easily, but they never know when to leave or how to end them. There is no victory at the end of the day.

So for now, the situation is fluid. We tend to think Ukraine is the pawn and power exists to simply push Putin around. Putin might not be able to match the USA ship for ship, but they have weapons designed to sink the ships. Their computer skills for hacking are second to none and they may be able to spin the US around in circles much easier than people think. It remains plausible to crash the banking system by hacking where that will disrupt the economy faster than any missile attack. So it is not over by a long-shot.