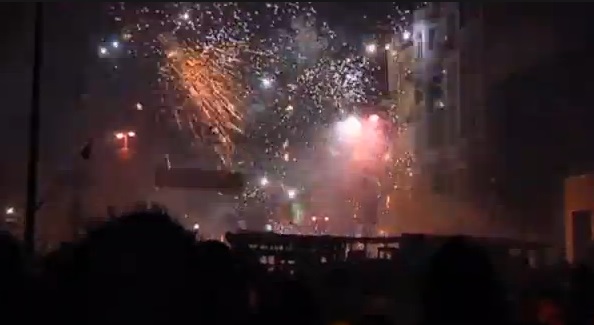 The protest in Ukraine are getting really out of hand. Even the Russians have now said this is too much. Over 100,000 people have responded with violence as the President ignores the people and the corruption is simply our of control. This is turning into war on the city streets. Here is a video from Reuters.

The President Viktor Yanuckovich comes from the East where they speak Russian, not Ukrainian. When he tries to speak Ukrainian on TV, he does not even get the accent down correctly. This is primarily about corruption. However, his repressive laws against the protesters have only brought out more people who see the country headed back into Communism.