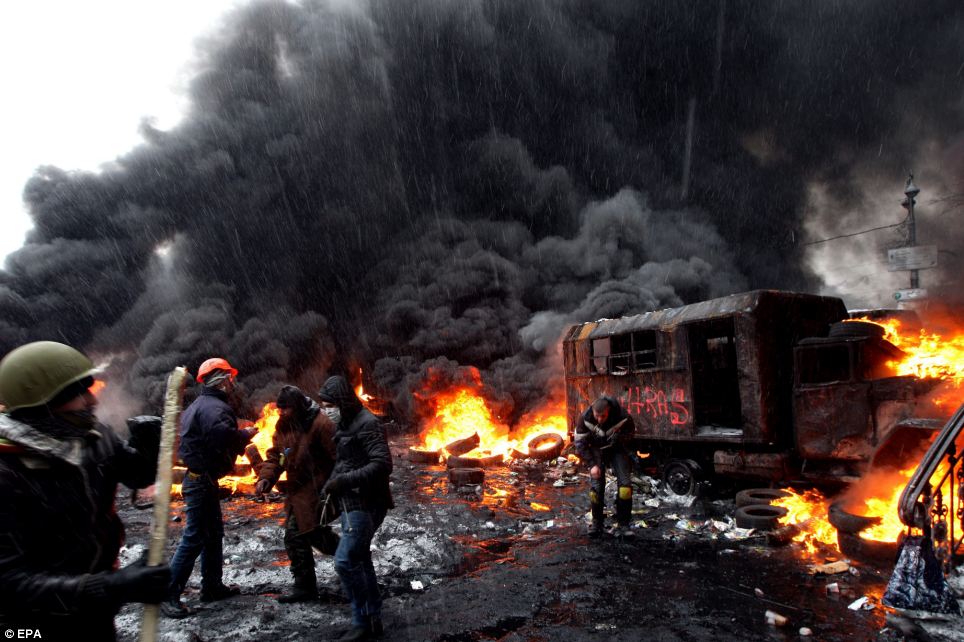 Ukrainian riot police who are basically mercenaries attacked the protesters and at least 5 are dead. The 12-week-old protests against President Viktor Yanukovich are coming to an end as the ruthless Yanukovich demonstrates to the world he will kill his own people to retain power. There is no democratic Ukraine. The attack came after Moscow finally gave Ukraine $2 billion in aid that it was holding back to demanding decisive action to crush the pro-European protests. This demonstrates the Cycle of War is indeed turning back up.

The joke that was circulating in Ukraine was that Yanukovich was being driven through the forest and his driver struck and killed a pig. Yanukovich was advised he better compensate the owner since his popularity it down. Yanukovich sent his driver to the nearby village to pay the owner. When he got to the village, he announced he was Yanukovich’s driver and he killed the pig. Hours go by and finally the driver returns drunk. Yanukovich asked him where he has been? The driver said, he went to the village and announced he was his driver and said he killed the pig. Everyone cheered, kept pouring vodka, and he never found out who own the pig. He said. I think they misunderstood what was the pig.

My heart-felt condolences to the Freedom Fighters in Ukraine.