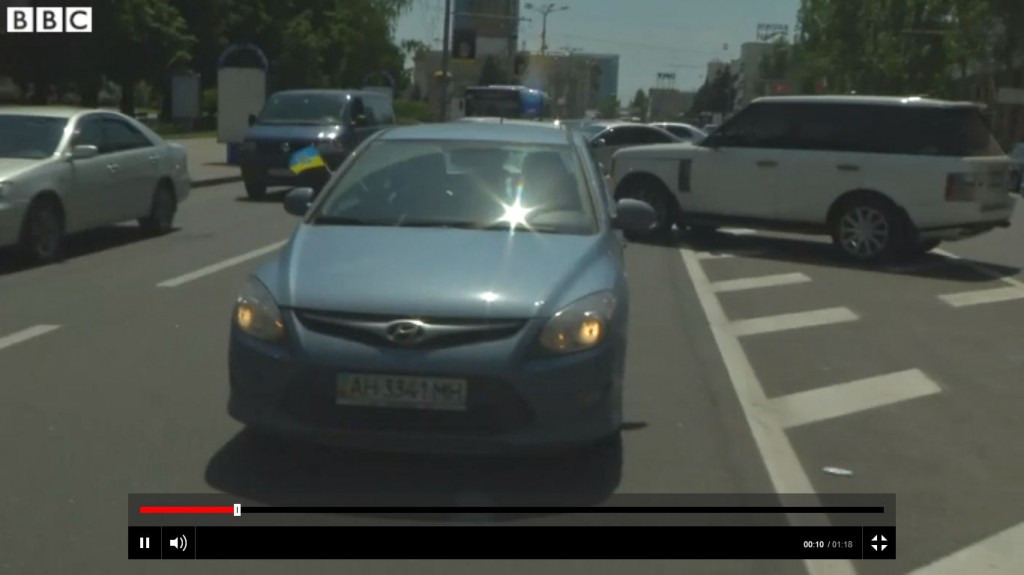 The threats of violent by the pro-Russian tourists roaming the streets in Eastern Ukraine have succeeded in stopping protests of people on foot after they are being beaten and killed. The pro-Ukrainians have taken to their cars and blowing their horns in support of Ukraine in the East.

There are pro-Russian Eastern Ukrainians who seem to think that joining Russia will bring back communism where the state just takes care of them. Many look upon the Soviet times with fondness. In all honesty, are people in the West capable of living today without relying upon government for something? This is the attitude of some in Eastern Ukraine who are poor and do not enjoy such freedom – they just want to be taken care of. This is the same as the welfare class in the West.