Ukraine – Doomed After the Olympics 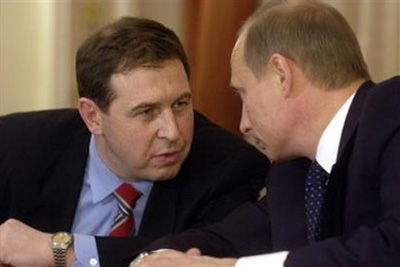 According to a former adviser to Vladimir Putin, the economist  Andrei Illarionov, the Kremlin will take one of three possible scenarios with respect to the Ukraine problem. The most dramatic will be the establishment of full control over the whole Ukraine. Within the first half of February, Illarionov states that Russia will begin the total pressure on Ukraine, the purpose of which, will be to assert full control of Moscow over the country.

According to Illarionov, within the next week, Russia will begin to assert a lot of pressure on Kiev. Moscow has resumed a reduced trade war with Ukraine and there has been an information war against Ukraine put out by the government. In particular, there is a delay at the border of Ukrainian goods moving into Russia for 10-15 days. This is expected to increase domestic economic pressure in Ukraine.

The mainstream news in Russia portrays the Ukrainian protesters as criminals and what they are attempting to do amounts to a coup. Some even claim this will lead to a resurgence of Nazis and neo-Nazis power on the border. Purpose of this revolution in Ukraine is to accomplish, says Illarionov literally, is “genocide and the destruction of the Russian population.”

Others in Russia talk about the “reunification” of Russian lands, not that Ukraine is even a separate country. They place this in the news and the context is justified the same as German unification. The Eastern part of Ukraine was historically once Russia. This  is the same justification Iraq made on invading Kuwait. The Western portion of Ukraine was never part of Russia so this reasoning would not apply. Indeed, even in the West they speak Ukrainian whereby in the East they speak Russian. We could see Russia justify taking the East as a “reunification” but I would not expect anything before the Olympic games are over.

At the same time, according to the ex-adviser to Putin, Russia has increased its presence in Ukraine, in particular, in the Crimea and the Luhansk region, where the predominant Russian population live. They entered that region to protect the Russian population in eastern Ukraine. Additional Russians were sent into Sevastopol to protect it from the raging swells against Russians. All this gives the impression of a major well-prepared campaign that has just begun and will go on increasing in February. It is not much different from American troops being sent to a foreign land to protect Americans.

Illarionov believes that the active phase will begin immediately after the opening of the Olympics in Sochi, February 7-8th. It is unlikely that Russia would take any such action prior to the Olympics. What happens after the games, is purely political motivation. However, the Russian government will paint the Ukrainian protesters as criminals no different than Hoover called the Bonus Army criminals to justify military action against them in Washington back in 1932.

According to Illarionov, Russia’s options are

Illarionov believes that the outcome is really predetermined and that whatever attempts are made to pretend to appoint a opposition Prime Minister of Ukraine, the decision is simply a stall tactic.

It is very clear that many Russian politicians call directly for a popular idea to recreate the age-old dream of reunification of Ukraine and Russia. It is very clear that many have never considered Ukraine as an independent state and call it “nedogosudarstvom”. From their point of view, Ukraine will no longer be so weak in relation to Russia, and Russia will not be as strong in relation to Ukraine, as it is today.

The Western powers represented by the EU and the US have nothing to stand on to protect Ukraine and can only offer lip-service at best. So once again, it appears that Ukraine is doomed and the best one can hope for there, is that Russia will allow the West to leave. The countdown goes forward and the political and economic crisis is indicative of what we see with the first shot across the bow in the rising trend of the Cycle of War.