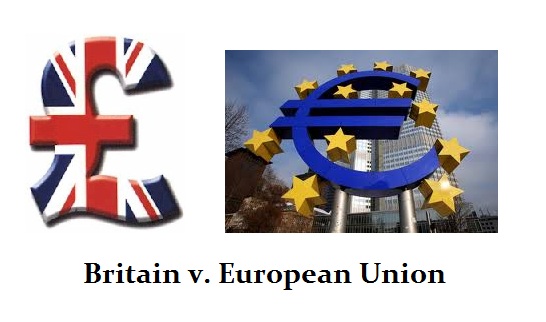 Last October, David Cameron defeated a bid to grant a referendum on EU membership, despite the largest rebellion against a Tory prime minister over Europe. Democracy is all bullshit. People pretending to be “representatives” of the people routinely try to prevent any election on important issues in Europe about the EU as was the case in Greece and Italy and then Britain or in the United States about actual spending and taxes. When people are denied a vote, then government is anything but a democracy devolving into a virtual dictatorship.

This week there is an expected address by PM Mr Cameron who will argue that the UK wants to remain in the EU but on different terms and that a referendum could be held after the next election to give the public their say on the outcome of a future renegotiation. Britain pays a ton of money into the EU and it is questionable what she gets in return except higher taxes for its people.

When the EU Commission came to us about the design of the Euro, I explained that there had to be a single debt to make a single currency viable. I was told that would be phase II, for they did not think they could get a vote to consolidate the debts and they were just going to try to get voter approval for the single currency. As time passes by, new politicians enter the scene and assume the status quo is the full design. The would put the single currency to a vote, but after that, the people have been effectively shut out of the decision marking process.

France is in terrible shape. The socialists are destroying the economy and the EU is starting to hang by a thread. It has been Germany & France that kept it all together, but with France having a Marxist Breakdown and Britain perhaps going to let the people decide if they want to go down with France, the foundation of the EU is on shaky ground. So lies the fate of men and mice.