Two Years Ago this Plan to Seize Bank Accounts was Proposed 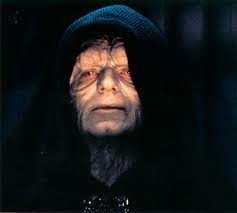 The Swiss banking regulator previously published a paper two years ago proposing that to rescue the bankers in Switzerland the solution is to also just take money from accounts. This demonstrates what I have been warning about. ANYONE who has a career in government looks upon the people as absolute economic slaves. They stand up and pretend to care – but it is all bullshit. They care ONLY about maintaining power. Homeland Security does not need 1.6 billion of hollow point bullets that are illegal nor more than 2700 tanks to patrol our streets if they really cared about the people and were true REPRESENTATIVES. It is John McCain and Lindsey Graham who see no problem using drones against American citizen within the United States. These two guys have OVERSTAYED their welcome and these types of people have NO INTENTION of trying to fix anything – they simply want to maintain power they do not deserve.

Government is only for itself – not for the people. This paper shows even in Switzerland two years ago what has taken place in Cyprus has been on the drawing boards of bureaucrats for a long time. Germany and the ECB, its pawn, knew this option existed all the time and just pulled the switch. There will be no social retirement. These people cannot pay the promises they have made.

Who protects against expropriation UBS-/CS-Sparer?
Finma paper speaks of “bail-in” of all creditors – Cyprus supplies example, Switzerland would act the same?

Cyprus is the Fall. First time savers are forced to bail out the banks.

This raises for Switzerland with their two oversized big banks a central question: Who is standing for UBS and Credit Suisse, if all else fails?

The point is aimed at the attitude of the government that UBS – and probably also the CS – to save, no matter what the cost.

Whether this should also apply to the new, from the Cyprus case triggered the future, must decide the Financial Market Authority (FINMA).

Theoretically, it has already done so.

It is about the rescue of UBS and CS as a “global systemically important financial institutions (G-SIFIs)”, both of which are “too big to fail” (TBTF).

With two SIFIs is the theme “of great relevance” for Switzerland. Neither UBS nor the CS can let go under the State without the consequences would be dramatic.

Together, CS and UBS accounts that make still about four times the entire Swiss economic output (GDP). Both remain TBTF.

On page 13 of its “Policy” Finma comes in a hitherto largely ignored short digression on “bail-ins” to speak.

It is to that concept, which now comes in Cyprus to apply and set up to rescue the ailing banks of the Mediterranean island from destruction.

In contrast to bail out with external rescuers zeroing mostly fresh equity or take on illiquid assets that are forced on bail in the existing creditors to waive their claims in part or entirely, to prevent the bank from insolvency.

The Swiss FINMA will Bail-ins seductive.

“In theory, the concept is elegant”, held the authority finds almost 2 years.

So that it could “The Possibility of a TBTF banking failure” are eliminated completely, “as it could employ bail-ins to generate Sufficiently capital”.

Theoretically, the problem would be resolved according Finma: If all donors, ie shareholders, bondholders, and in the end even the savers had to contribute, then the taxpayer would never bled.

In practice Finma made in their “paper” restrictions.

A large part of the debt would not be a bank for bail-ins available, wrote the Bernese authorities.

“This especially holds true for big retail banks, Which to a large extent refinance themselves by deposits (insured or uninsured).”

The savers were therefore excluded from a verordeneten by the state bail-in.

In addition to the shareholders with their venture capital therefore remained only the bondholders – but not all.

To make the construct weatherproof, lenders would have to be put in the picture about their risks.

These bondholders would need to know from the beginning, “that their claims can be bailed in”.

The result would be an “opt-in” policy. With special bail-in bonds as the known Cocos (contingent convertible)

In conclusion, wrote Finma that Switzerland had a “bail-in mechanism in its Swiss SIFI framework” built, but these would be limited for the moment to Cocos and other instruments with specific triggers (“triggers”).

That could change, and that at an international consensus on a cross-border bankruptcy liquidation of big banks, said the financial system.

With their regime, Switzerland is considered a pioneer in the global banking regulation. More significant is the Helvetic digression on Bail-ins.

Finma waived a clear statement whether the worst-case “beaten” the savers of UBS and Credit Suisse to rescue would.

The two big banks is the zupass. They continue to enjoy the privilege of being regarded as institutions that are protected from destruction.

For the savers of UBS and Credit Suisse – both still hold great investment banking risks on their books – Finma Blur is however unpleasant.

Even the guaranteed deposit 100,000 francs could turn overnight. Cyprus has shown that.

If even the Swiss savers are no longer safe in front of a compulsory contribution to the big banks bailout, should Finma clarity.

Are you big banks so important that they even the deposits of individual savers risking?

If not, why then they allowed the big banks continue to huge budgets?