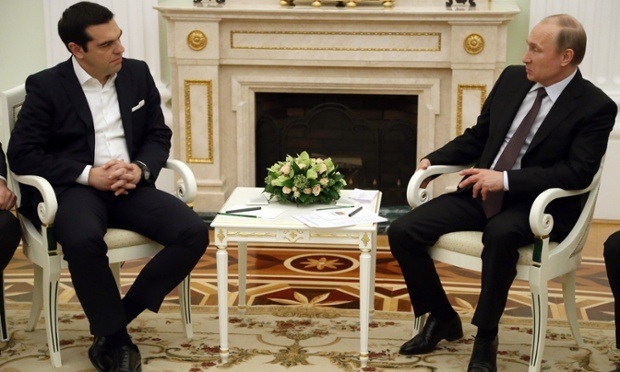 Brussel’s sheer stupidity in pushing Greece to pay debts nobody else honors is absolute madness. The proposal we set forth at the Solution Conference is far deeper than many realize at first sight. Eliminating government debt at the federal level will save Europe for with this sort of debt-equity swap, which precisely Putin is looking at now in Greece but with state assets, is ultimately the only way out. The problem with this immediate solution of a Russian bailout is that this does not alter the crisis that is underway. This is taking and Advil for the pain but not addressing what is causing the pain.

Still looking deeper, this meeting illustrates the decline and fall of not merely Europe, but that of the United States as well. The Obama administration with hindsight may be equivalent with the Roman Emperor Gallienus who destroyed the Roman Empire in 8.6 years. He accomplished that stunning goal by wiping out the CONFIDENCE in government. Obama is accomplishing the same process in what appears to be two terms of 8 years.

Just this past month the United States lost its role as the underwriter of the global economic system. Here we have Greece turning to Russia but we also have the entire global system established at Bretton Woods dominated by the US under siege – the IMF and World Bank. China’s effort to establish a major new institution and the failure of the US to persuade dozens of its traditional allies, starting with Britain, to stay out of this competing regime illustrates just how Obama has lost on every front. Now he has Israel turning against him as well. There is not much Obama has done which has gone right. The NSA is by no means protecting the people of the USA, it is trying to protect the government from its people.

This meeting with Greece and Russia is far more important than meets the eye. It is illustrating the decline and fall of the West in fast motion. As for the majority of people unaware of the crumbling of the postwar establishment, they too will still be laughing when it all falls. When Saint Jerome, the great Latin translator of the Bible, heard the news of the Visigoths’ capture of Rome, he wrote “My tongue sticks to the roof of my mouth.” The shock was indeed registered in deafening silence empire-wide. This is what we are facing for the majority cannot even see that a change in trend is underway no less prevent it.