Thomas Paine was hated in England for what he wrote. Pictured below is a political token blaming Paine for effectively the American and French Revolutions against monarchy. We face another critical period where indeed “these are the times that try men’s souls” until government recognizes that it MUST reform the monetary system for its current path will lead to the destruction of Western Society. They cannot pay the debt and hunting down anyone with assets will not solve the problem. All we are doing is destroying the economic productive forces to pay interest to keep the debt rolling. It is time for REFORM! This trend will end BADLY! History stands as witness to that statement. 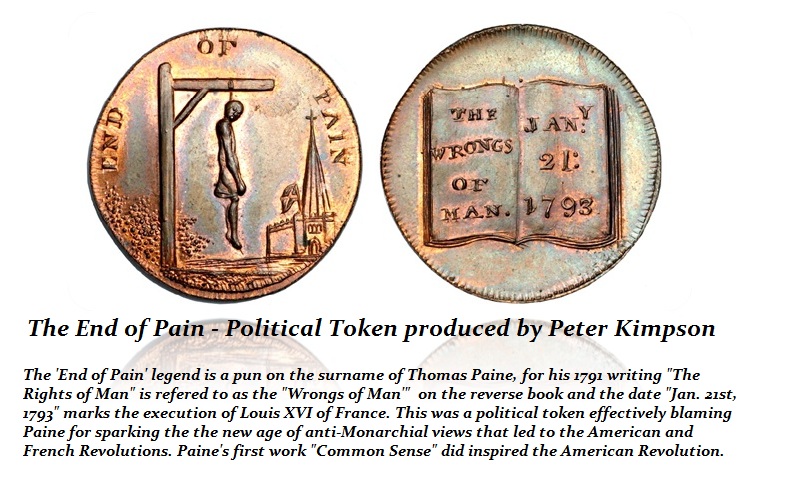