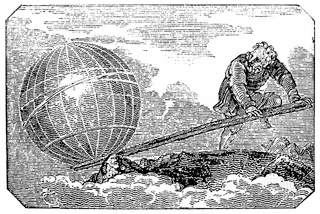 QUESTION: So your argument is that there is some base line for deposits and that is the difference between thin air and leverage. Correct?

ANSWER: Yes. Thin air to me implies anyone could then lend non-existing money. That is totally different from taking $1,000 and lending it out multiple times so that the amount of money on the books is 10 times relative to actual original deposit. If there was no deposit, then why would the government accept paying taxes with money that was created only by a bank? The logic does not follow for it is confusing LEVERAGE with thin air.

The “thin air” claims are really exaggerated for you make money from leveraged deposits and then have to pay taxes to government on that same bank entry. But there has to be a banking license, capitalization, and deposits with reserves against those deposits placed at the Fed. You cannot just lend people book entries without being part of the clearing system. That is impossible.

This is LEVERAGE, it is not creating money from nothing as some rogue bank out of the system. We must be specific in this issue for LEVERAGE can be regulated by increasing the reserve to deposit ratio that will reduce the LEVERAGE (creation of money) whereas the argument for thin air means FRAUD and you hang the bankers handing all power to government. Taxes would be irrelevant if banks created money by themselves. You should be able to bribe some banker to then pay your taxes for you for 50%.

Understanding we are really talking about LEVERAGE, which is the creating of money rather than FRAUD, means we simply reduce the LEVERAGE, we do not hand government the decision who gets a loan or not.

The entire mortgage crisis was set in motion by government. Politicians told the banks to lend because they wanted to make the lower class home owners. That was to win elections. And you really want to hand these people more power?

Come on. Let’s look carefully at the issue. Reduce the LEVERAGE and you reduce the creation of money and impact the volatility as people are talking about. You do not close down banking and hand more power to government.

Maybe I am not explaining this as clear as it is in my mind.