The Two Most Dangerous Ideas

There are two ideas that have been responsible for killing more people than anything in history and they both came from the French elite. The first was the idea that land was wealth. This was propagated by the Physiocrats who argued agriculture was the wealth of a nation. Adam Smith’s Wealth of Nations was a direct response to that idea showing that the true wealth of a nation was its people and its total productivity.

This old world concept remains the greatest problem that plagues Russia to this day with the concept that landmass means power. Those that cheer Russia is getting bigger do not bother to look at the economic facts. Under this theory that landmass is power, then why did Japan reach the second largest economy  with only 145,925 square miles with a GDP of about $4.866 trillion and Algeria with 919,595 square miles reached only $325 billion GDP?  Russia does not need more land. It has 6,592,800 square miles. However, its economy is half that of Japan even on a bad day – just $2.383 trillion with all its oil, gas, gold and platinum reserves of which Japan had none.

If Russia focused on building its economy as did China, it could be a major economic power. Landmass does not make a country great. It is the total productivity of its people who constitutes its National Wealth. 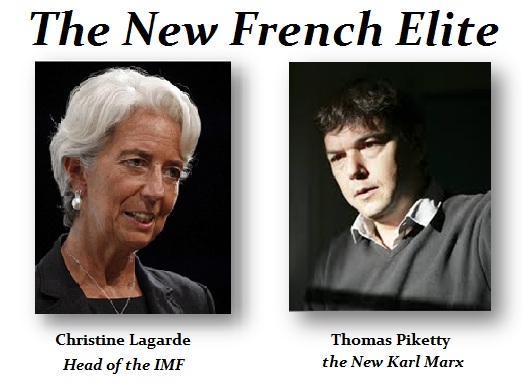 The second idea to come from the French Elite has been Communism and this notion of “social justice.” Europe thought that what made American economically powerful was a single currency. They failed to see that its taxes were half of that in Europe and the regulations promoted small business formation rather than suppress it. The European who cheered the Euro was more valuable than the dollar missed the entire point of economics just as Russian who only see Russia getting bigger and that is most important.

Europe failed to understand that it is the people who are a nation’s greatest asset and their total productivity. This is why Communism failed for it suppressed the very element that makes a country rich – the total productivity of its people.  Communism was a French idea they sold to Marx. The French elite like Christine Lagarde and Thomas Piketty are at it again determined to impose their brain-dead idea of “social justice” upon the world that made Russia so hated. No other idea has been responsible for more wars and the death of millions than this French idea of “social justice”.

To survive the future, it is time to realize “social justice” suppresses economic growth and lowers the living standards for everyone. Not every country can have a trade surplus. Someone has to have a trade deficit. This theory is simply insane. It is indistinguishable from handing out the same grades in school regardless if the students show up at all for we have to be fair to everyone. This is about as stupid as thinking that landmass equals power. Both of these ideas threaten our future like nothing ever before. If we are not careful, we will once again see half the population of the world killed by these two terrible ideas,