The Truth About Solitary Confinement 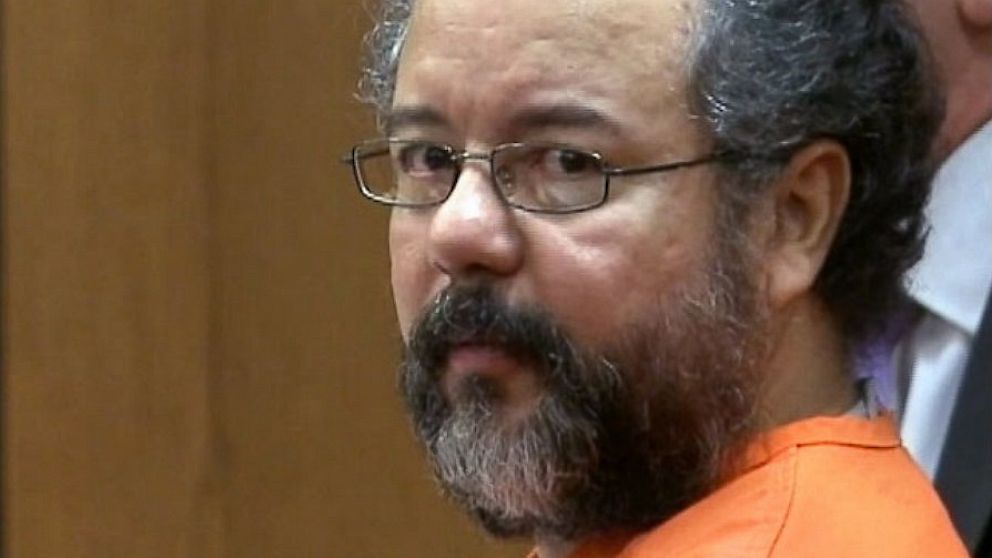 Ariel Castro who was sentenced on August 1 to life plus 1,000 years in prison without the possibility of parole for abducting the three girls and keeping them imprisoned in his house, has been found in his cell hanged. Putting people in the hole who first go into prison is a favorite thing. They far too often commit suicide. Few would cry for Castro. That is not the point. He illustrates a dirty little secret. Suicide in prison is VERY common and it is not reported except in some high profile case like this.

The untold story is how they typically throw newly arrested people in a dungeon to show them what they will have to endure if they do not do as they are told. There is no consideration for the mental state of the person nor is there criteria for what they have done – that is irrelevant. A 23 year-old kid hung himself after 3 days in MCC New York. Another used plastic straps they put around your hands like handcuffs. He put them around his neck and hanged himself. The weight of his body was too great and the plastic too strong, so the end result was he decapitated himself.

Women often commit suicide because they lose their children and they are put up for adoption all because normally her boyfriend or husband was selling drugs. There are thousands of these people because they arrest the seller, not the importer. That is why the prisons are full. There is always someone behind the seller looking to make a fast buck. There is an endless supply while the importers pay bribes etc.

In the case of Castro, his lawyers wanted a psychologist.to see him. The prison refused. No matter who the person is or what they did, you cannot throw human beings in a dark 15 by 10 cell with no human contact and expect nothing. It takes a strong mind to survive that sort of thing and then they give you no heat or so much even underwear is too much.

They threw Bradley Manning into solitary confinement prior to trial. This is all Psychological Warfare that rises to the level of mental torture that is excessive and inhuman treatment. Unfortunately, it is standard torture practices used in the Justice Department to ensure they get their 98% plea rate so they never have to go to trial. In my own case, they came out and told me to my face they did not want to go to trial. They offered two deals. I refused, so off to solitary confinement you go. They will do whatever it takes to break people. Solitary is no joke. 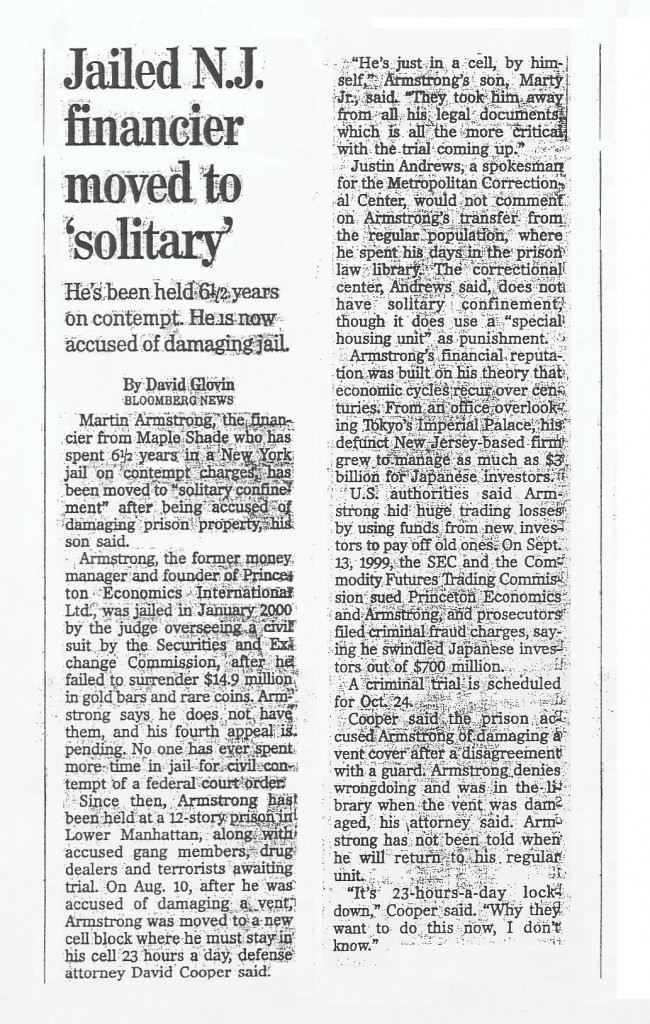 When my case first began, Judge Richard Owen kept making jokes about Steven Schiffer and how he was the first in an SEC case to be stripped of all lawyers. Judge Owen said he never “took it upstairs” meaning to the Appeal’s Court and then laughed in court. When I asked my lawyer, who Owen was trying to remove, what was so funny he said “you don’t want to know.” I insisted – who was this Schiffer he was constantly joking about. I had never heard of Schiffer. It turned out Judge Owen caused him to commit suicide hanging himself stripped of counsel and harassed by government on every front. Some people just cannot endure this type of treatment. This is how they get their pleas – threats and torture. It should be illegal to accept a plea, but when the judges are former prosecutors, there is nobody to protect human rights. This is all about winning. That is it.

When they then threatened my family as they did to Michael Milken, I wrote a letter to the SEC prosecutor Dorothy Heyl. I told her if they were trying to get me to commit suicide as they did to Schiffer so they never have to prove a case, I told her I would not go so quietly. If they touched my family a letter would be sent by friends around the world to state why I had to commit suicide to protect my family from really inhuman people lurking in the so-called Justice Department. They backed off. But that agency is full of people who are really worst than some of the criminals. They enjoy torturing people and there is something wrong when Judges make jokes about people they caused to commit suicide. That is why they are there – it’s a side perk. Some of these people are really sick. Granted, I saw some with compassion and a conscience. But they are far and few between.

Castro hanging himself is by no means unexpected. Prisons know the death rate by suicide is exceptionally high when you throw people into solitary confinement. Death becomes a welcome relief. It is easier to leave than to stay. You really have to be on point to survive this sort of treatment. People think the death penalty is the worst. No – many end up praying for death. At least it is then over and what you do not experience can’t hurt you.