The Trade of a Lifetime?

COMMENT: Marty, the Wall Street Journal finally explained on October 1st, 2014 that investors suddenly see a rising dollar as bullish for the US stock market. I just wanted to say they are 3 years behind you it seems all the time.

Thanks so much for pointing the way. I got out of gold and moved to stocks as you advised back in 2011. I really hope your efforts to go public to secure the model for the future goes well. I will be an investor in that IPO.

REPLY: I really do not understand why the analytical community is so slow to ever catch on. The Nikkei rose after the 1987 Crash for capital contracted. As that took place, the dollar declined into late 1988. The last 12 months of the rally foreign institutional investors were exiting. The Japanese became excessively bullish. It was then you saw the dollar rise and foreign capital fled.

I have warned we could see a phase transition in the US share market. I have warned that to create such a blast, the dollar would have to rise. Of course the Cycle of War was lined up. So was the demise of the European economy. All of this pointed to foreign capital fleeing to the dollar. Can you image what will happen if China and Japan clash sabers? The dollar will scream higher. 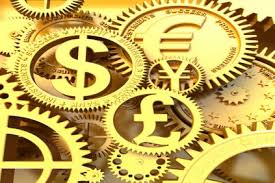 I have stated countless times, you cannot forecast anything in isolation. Absolutely everything is linked together. The world economy is an intricate complex mechanism. Those who still try to do this from an “opinion” perspective is no different from a witch-doctor chanting to create the cure.

We are now preparing that report, which will be published in five parts as well – North America, South America, Europe, Middle East, and Asia. This could be the trade of a lifetime.