The Tax-Free Internet Shopping Era May Be Over 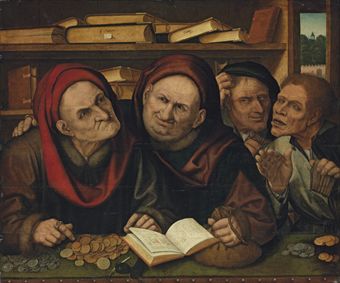 Taxes – taxes & more taxes. The greedy people in Washington who are no more representatives of the people than a frog can live worry free in France, are coming up with their usual bullshit naming laws opposite of what they really are to hide their anti-citizen perspective. They are introducing the Marketplace Fairness Act as part of the budget. They claim this is not a NEW tax, just that they are enforcing “use” taxes of 45 States. ANYONE who votes for this should be denied office!!!! They are destroying the US consumer economy with a single vote. If you wanted to know what will turn the economy down – here it is.

Consumers who shop online for many reasons will now be taxed in a free-for-all to support pension of people who work for the states who have been promised FAR MORE than you will ever get. The problem is the overhead on small business and how will they collect all these taxes from all these states and pay them. AMAZON is supporting this because this will kill any competition and given them a comparative advantage preventing small business from rising killing jobs in the USA. They should call this bill the ANTI-CONSUMER & Small Business Bill. AMAZON is obviously too big for their own good and have forgotten what made them a success. They are destroying the online business after putting local competition out of business.

This illustrates the entire problem. These people in Washington are NOT representatives of the people, they are GOVERNMENT and could care less about the people or the economy and are far too stupid in matters of economics for they only see government power. They fail to appreciate the overhead involved in trying to comply with this nonsense.

We are cattle to be milked until we die, and then our children have to pay on what is left. They never get enough and now they will further reduce the economy by over-regulating the internet. Small business who fails to collect taxes will be imprisoned, their assets confiscated, and their person will be extradited around the country. Lawyers will do well for all the extra imprisonment and the bean counters will be be able to charge outrageous fees trying to comply with 45 states. The United States imprisons more people than the rest of the world combined. Liberty & Justice for all have become slogans of propaganda. There is NO law passed without imprisonment if you do not comply. In a society as corrupt as we have, the only place for a honest man becomes prison.

These smug people who support this attack upon the economy should be voted out of office. This is FAR MORE than just a tax. You cannot subject online business to 45 tax collectors with different laws. This will be real chaos and it precisely the end of the US economic consumer driven economy.