The Swiss Dollar Levels – The Flight from Euroland 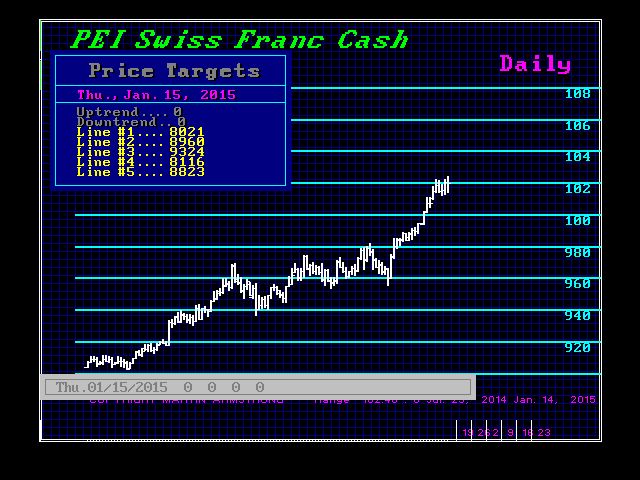 The extreme support for the Swiss against the dollar lies at the 80-81 level. Resistance forms now at the 88-90 area followed by 93. The extreme collapse was due to the tremendous losses incurred by the central bank and the complacency among traders, including hedge funds, who basically just follow the crowd.

You have to realize that many of these houses are trend followers who really do read way too much into central banks. The Swiss were putting orders in the market constantly to hold the peg. Billion lot orders were becoming a daily routine and when hit, they kept it up. The cost was becoming outrageous. Nevertheless, the Swiss were left with little choice as capital is trying to flee Euroland.