The Sovereign Debt Crisis on Schedule 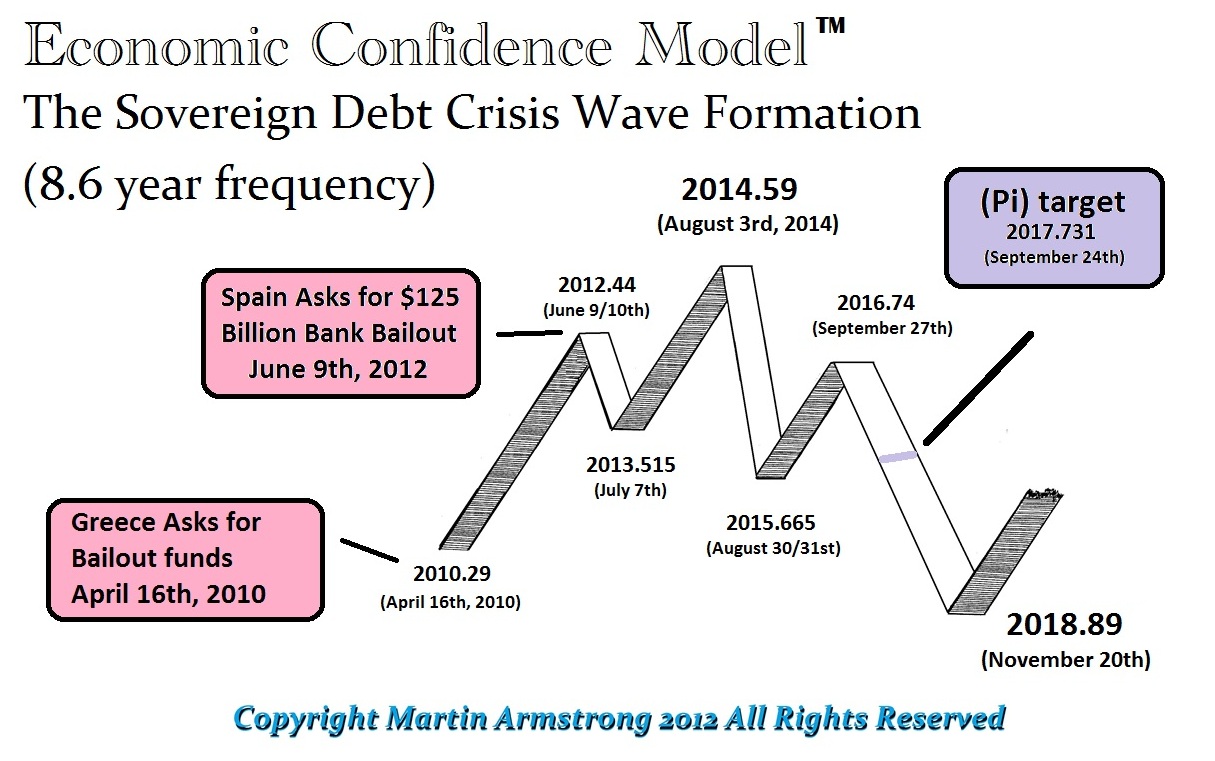 COMMENT: I thought I would remind you of this chart you produced of the sovereign crisis, today the Greeks have applied for a 6 month extension and if that is approved it finishes on the next turn date above of 2015.665. It’s unfolding on schedule again, just following your model, this is also just before the peak in the ECM on 2015.75.

Am I right in thinking the dates after that could indicate when a phase transition in stocks occur as money switches from public to private?

ANSWER: Yes. It appears to be on target and the Pi target is squarely in 2017 as well. It does seem to imply this is where we will see probably first a fake-out correction, and then it should take off to the upside. This is when people will get very confused. The last Public Wave peaked in 1981.35 and we began this Private Wave in 1985.65 which happened to mark the Plaza Accord and the birth of G5. It is the Private Wave where volatility rises as people become disillusioned with corruption in government. They will be forced to turn to private assets when they wake up and see that government debt is just hopeless. They are keeping interest rates historically low which saves them a fortune right now, but as rates propell higher, the entire system will collapse. Those who have bought bonds at these rates will lost their shirt, pants, house, wife, kids, and the dog.