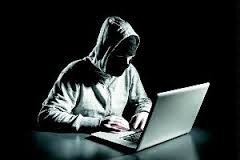 It is amazing that the RSS feed to this site has suddenly been changed and it now removes the name Armstrong Economics replacing it with Word Press. This is a clever trick that appears to have started on Sunday the 23rd one day after the Premier.  We suggest that people check the site directly for now. At the Premier there was an incident where someone yelled into the theater to get out trying to start a panic.

Clearly, these incidents are very curious and are in a long list of attempts to stop this film. The producers had their offices broken into and their camera stolen. They did not get the film since back-ups existed. The film site was hacked and shut down when it first appeared and someone when on Youtube posting comments nobody should bother to see this film that they removed from the trailers as spam

The efforts to stop this film seem to be endless. This is why I agreed to go with a European producer for I feared the film would be killed if it was American. This is the same reason Snowden had to go to the Guardian in London. The film is out in Europe. I suspect there will be some effort to stop it from appearing in America.

The truth is coming out and the more these people try to stop this film the more it proves that it is on point. We face a very serious road ahead. It has been my hope to explain the problems we face in an effort to inform people of the truth who will then put political pressure when it is most needed.

These people ONLY see their own self-interest. They are TOO involved to maintain the status quo at the cost of all our lives and those of our posterity. Banking and Investment Banks MUST be separated as it was after the Great Depression. Trading is instant money – lending long-term has risks. The repeal of Glass-Steagall was opening the gates to HELL. It has fundamentally changed the global financial system and has contributed to the economic decline by reducing lending to small business that has contributed to the rising unemployment.

The last G20 meeting shifted the burden of banks to the people away from Government without explaining to the public what those risks truly are. This was uncalled for. There is zero concern for society and the assumption merely remains that the power and status quo can be sustained by sheer force. Historically – that has NEVER worked even once.