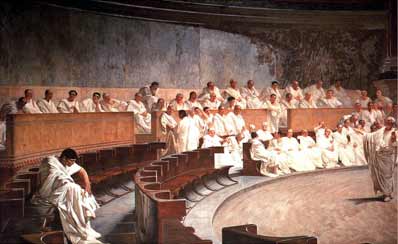 For months now, protesters have been gathering in many capital cities of developing nations such as Turkey, Ukraine, Thailand, Venezuela, Malaysia, and Cambodia, among others. These demonstrations are part of the rise in tension that our model warns will spread. This is the collapse of “socialism” as I put it for there is a declining living standard and much lower economic growth because of the rising cost of government. The “socialist” ideas of helping people are just propaganda. Politicians have been lining their pockets all over the place and corruption has emerged in a new institutional form..

There are critics who like to say this is capitalism collapsing but capitalism is freedom to be what you want and to do with your money what you desire. Even in Russia, the “official” communist state collapsed and private ownership now exists. However, you still do not see entrepreneurship for enterprise is owned by the various Oligarchic organizations.

There is a common bond that unites all of these movements. In nearly all these places, protesters are pushing to oust presidents or prime ministers they claim are venal, authoritarian, and unresponsive to popular opinion. Some have tried to claim this is really the elite overthrowing democracy. To set the record straight, there is no country that actually employs democracy. The closest is Switzerland. We live in REPUBLICS with representatives – never in societies where the PEOPLE actually get to vote on key issues.

Trying to blame the USA for Ukraine confuses the point and obscures this very critical trend. For once you blame the USA for Ukraine, you then enter a path that denies one from seeing the entire world trend. You cannot argue this is Russia v USA in Thailand or Cambodia. If you look at the trend discounted from the political rhetoric, you will suddenly see the economic trend that is dictating our future. So do not mix up the facts to cast this in the light of purely Russia v USA. This is far bigger than that nonsense.

We are looking at the demise of not just socialism, the last leg of Marxism, but of Republicanism – career politicians pretending to “represent” the best interests of the people. Republicanism is on par with Communism – neither really give two-shits about the people. Governments are moving rapidly to deny the people the right to vote from Europe to America and in Asia. This trend is depriving people of their living standards as taxation rises and this is also the trend that will expose the collapse in Republican forms of government that began in Rome just as there was an uprising against Monarchy in the last 18th century.

This is economics at its best. The pressure of economics always, and without exception, dictates the end game. If it is not fair and practical, you can oppress the people only for so long until you get one of these grass-roots uprising that demands revolution.

« Venezuela Under Siege
Is Ukraine Home Free? Will Putin Let it Go? »