The Rise Against Corruption Is Also Inside USA 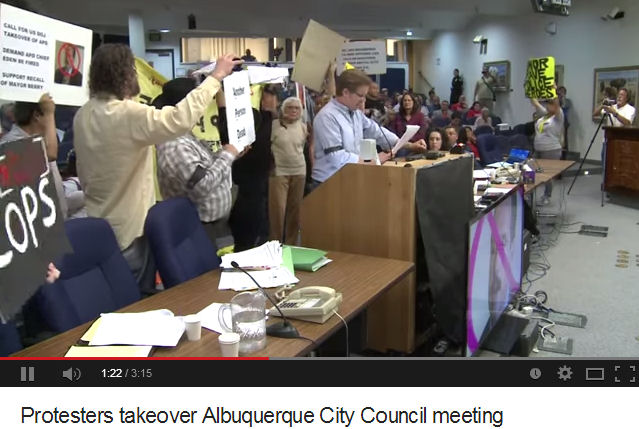 Of course these small time medias are in the pockets of someone else.

REPLY: Sometimes the small media just publishes events because it is news and they do not think about what is behind it. The major networks clean everything. There use to be the Fairness Doctrine, which was a policy of the United States Federal Communications Commission (FCC), introduced back in 1949. This law required the holders of broadcast licenses to both present controversial issues of public importance and to do so in a manner that was, in the Commission’s view, honest, equitable and balanced. The FCC eliminated the Doctrine in 1987, and in August 2011 the FCC formally removed the language that implemented the Doctrine. In Red Lion Broadcasting Co. v. FCC, 395 U.S. 367 (1969), the U.S. Supreme Court upheld the constitutionality of the Fairness Doctrine in a unanimous decision 8-0 in a case of an on-air personal attack, in response to challenges that the doctrine violated the First Amendment to the U.S. Constitution. The Fairness Doctrine required only a balance – not one-sided propaganda that we have today and it should be restored.

Consequently, we have nothing but propaganda filling the airwaves. MSNBC is the worst left-wing station I have ever seen. You would think it was Pravda in the old USSR preaching all Republicans are evil. Then there is FOX taking the opposite view. This propaganda trend is seriously wrong for both extremes are more likely to create deep-seated hatred of the other that erupts in times of war and civil unrest. These conspiracy theories are part of what has happened. These people typically blame their own fate on others who are mysterious hiding in the shadows. They hate something and need someone to blame other than government who is right before their eyes that lacks any long-term plan – it is always just how to survive the immediate crisis and win the next election. I have never been in any meeting in Washington where people have EVER asked what will happen 10 years from now.

This is what the conspiracy stories are hiding, whether or not those that spread them realize what they are doing. This is a global trend uprising against corruption that is not limited to Ukraine, Thailand, Turkey, Venezuela, Argentina …etc. The corruption is a form of social cancer right here in local municipalities within the USA and it is systemic nationwide as well as global.

American municipalities have seen the people as their own private fishing pond to take as much money for their lavish pensions using the “law” rather than a gun to rob people. As long as they can pretend they hate the “rich”, the people cheer, but find out it is always the people.

The Federal Department of Justice had to come out and declare Albuquerque, New Mexico is mired in corruption. The people took over the Town Council and served citizen’s arrest warrants on the police chief. That is how bad this really is. However, it is not just Albuquerque. Government has reduced the standard of living for the people by consuming more than 40% of everything produced just because they have a pen and are greedy as hell.

This is a taste of what is coming and it is the truth behind our work on Civil Unrest and the Cycle of War that some people seem so intent on trying to dismiss and attribute events to the CIA. What is behind this disinformation? It can only seem to desperately hide the corruption for if people begin to see more and more cities rise up as they did in Albuquerque, they might just say – Hey that’s a good idea!

« GDP of Poland & Ukraine – The Numbers Behind the Revolution
Is NYC Just Insane? No – Greedy. »