Often what is reported in the press is the synthetic-homogenized version of facts it is hard to say who they are really trying to fool, the people or government regulators who as Madoff said are stupid. I have no time for such nonsense. Wild stories of grand conspiracies that claim there are people pulling the strings in a giant well thought out plan attributes way too much expertise that does not exist. They are flying by the seat of the pants trying to make immediate profits with no vision as to three steps ahead. Look at Goldman Sachs. Yes they sold the day of the high in 2007 in line with our model. But clearly not enough. They went hat in hand to Warren Buffett to borrow $5 billion and sought a bailout from Congress. They clearly did not expect the economic meltdown to that degree. These people are like dogs running the race track in Florida chasing the fake rabbit without a clue where they are going. Just for a minute, consider what is WORSE – (1) some grand scheme, or (2) no grand scheme just instantaneous gains without any concept of what is at stake? I think the latter is far more dangerous than the former for they can cause us all to crash and burn while destroying society. To prevent being prosecuted, they have so corrupted government they have screwed our future and strangely their own – they are just so near-sighted they cannot see the consequences of their own actions. Forget the giant conspiracies. It is much worse than that! 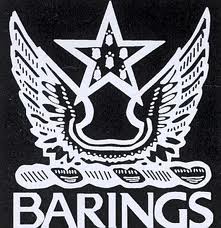 “Yes you are correct about Baring Bank management knew full well what he Lesson was doing in Singapore.   The management wanted to trouser their bonuses and the only way the bonuses could be “seen” was through reporting continued profitable trading — as the rest of the Baring Bank could not afford to pay the bonuses and the Baring family was not prepared to stump more money in the bank.  I worked for ING Barings just after the collapse of Baring Bank and learned full well about the poor management there.  ING management thought they got a “steal” (paying nominal consideration to save all the Baring businesses together) and then guaranteeing Leesons positions and unwinding the exposure over time.   They — ING funneled so much money to keep the so called “deal makers” post the acquisition – in the advisory business but it was all a waste.”