The Problem With Bankers & the Fed

The problem with the NY bankers is they simply want to trade with other people’s money. They have to have their wings clipped. If they want to trade, change careers and become hedge fund managers. Then you can only keep a portion of what you make not 100%, and when you are wrong, you can’t tell government the world will collapse unless they absorb your losses. Restore Glass Steagall and PROHIBIT proprietary trading in banks!!!! Now that you expect the depositors to “bail-in” the banks, how about real reform!

With the Fed, who knows what it is today since it has the legal authority to take over McDonalds or Walmart if it declares them too big to fail. They are no longer limited to banking. The Fed when formed was NECESSARY and it was sound. It was to provide an elastic money supply for the purposes of preventing bank failures buying time to meet short-term obligations without dumping long-term assets. The Fed stimulated directly by buying corporate paper and that would have made the economy much more stable.

However, this is where politicians come in with their sticky fingers. They ordered the Fed to buy government bonds for World War I stopping the buying of corporate paper that directly supported the economy and prevented high unemployment. They never restored the Fed to its original design. Each branch maintained separate interest rates so it could target regional problems. Then World War II and the Social Agenda arrived. Roosevelt usurped all independent power to Washington creating one interest rate and then ordered the Fed to support government bonds at PAR!!!! That was not removed until 1951. Why have regional branches today if they do nothing? Politicians are clueless as to what they are doing.

The Fed was never restored to what it was intended and so many things have been grafted onto it, it would never be designed in the manner it finds itself today. 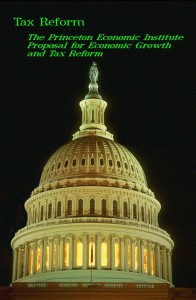 I was in the middle of the Tax Reform on Capitol Hill and was trying to save Social Security transforming it into a real trust fund managed independently. The obstacle was the internal argument over who would be the independent fund managers. The politicians wanted a piece of that pie and because nobody could ever agree on who the managers would be since they saw the vast potential for bribes (contributions) no agreement could ever be reached. I gave up trying to help. It became obvious – it was about grabbing all the soap and shampoo you will never use when you leave the hotel room -where’s mine?

« Gold Inventories
Unemployment the Lowest since 2008 »