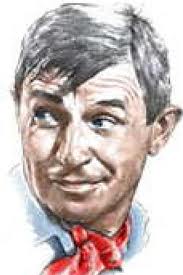 People do not quite appreciate the real core problem in politics. Listening to the extreme biased political hacks of TV creates the illusion that there are really two parties. The truth is actually so far from that it is hard to grasp the full extent of political crisis that lies ahead. The famous political commentator Will Rogers once joked: “I am not a member of any organized political party, I am a Democrat.”

Indeed, at the time when Rogers made that comment, the huge divide within the pre-New Deal Democrats of his day was an open sore for all to see. The Democrats were a coalition, not a single-minded party as TV hosts like the Ed Show portray, for in truth, not all democrats are left-wing socialists as the Ed show assumes. In fact, such propaganda may actually be directed at trying to get anyone who claims to be a Democrat into one state of mind behind a Marxist agenda.

Democrats have always been a coalition rather than a single unified party. Of course, this fragmentation is also starting to emerge within the Republican Party, yet this is the first time we are witnessing this trend. The Tea Party is frustrated with unyielding Washington gridlock on virtually every major issue and honestly, if you put John Boehner in charge as dictator for one week, there is nothing within the political system he would actually change. He likes the way Washington works and the power of government. He is a politician’s politician – not a representative of the people.

However, the divide with the Democratic Party that has always existed because it was a coalition of diverse groups that came together to fight Republicans of Herbert Hoover’s day were hell-bent on one central issue. They believed in activist government, not Laissez-faire. That was the only unifying voice. After all, it was Lincoln and the Republicans who defeated the Southern Democrats who were pro-slavery.

So how did Democrats emerge as the party to represent minorities when they were the party that suppressed them? This is the magic of cross-dressing politicians. They can change whatever they wear in the blink of an eye to pretend they are the very solution to the distinct problems they create. The real amazing aspect, the people seem to be dumb enough to buy it every time no matter which party puts out the nonsense. It was Bill Clinton who repealed Glass Steagall and gave the banks free rein. It was a Democrat to created it (FDR) and a Democrat who repealed it (Clinton).

What is starting to be exposed in the glow of Obama’s State or the Union is more than an exercise in non-democratic authoritarian rule. The Democrats are starting to now look past the current administration. They all invited guests to show that Obamacare worked. Obama had the guts to put a wounded soldier next to his wife when he so casually commits American soldiers to war to save a pipeline for Saudi Arabia. The approval rating in the after-glow was less than that in 2013, and the polls at this point in the game show the Republicans could retake the Senate in November. This has lit the fires of Marxism that have been kept under wraps since Bill Clinton adopted a centrist democratic position to win the Democratic come-back after Jimmy Carter.

Democrats are now starting to look toward the future, and there is considerable major disagreement as to the direction they should go. Many want to expose their true nature adopting the full “populist” Marxism view of go get the rich and take what they have and hand it to the poor. They are fed-up with the Bill Clinton-style centrist agenda and are talking behind the curtain about an all out assault embracing the unabashed left-wing populism that is being personified by Senator Elizabeth Warren of Massachusetts and New York Mayor Bill de Blasio. Forget that the last time such policies were even tried in NYC, they had to be bailed out for the city was on the verge of bankruptcy.

This is what is going on behind the curtain. The Democrats are starting to show their coalition divide and the Republican’s are still trying to figure out what is the definition of a coalition. The political future is starting to fragment. Within this trend, look to 2016 as a watershed of major political change.