The Petro Dollar is Dead – Long Live the Dollar

I have a friend who is concerned about the impact of Russia’s breaking with the petro dollar.  I explained to him your point that trade is a small piece of the world economy and that the dollar (which is really the U.S. debt market) is still the only market large enough to absorb world reserves, and that is why the dollar is king.

However, I would also like to hear if you have any other thoughts & forecasts on the petro dollar.

ANSWER: This will have no impact on the dollar short-term. The real importance here is the setting of the stage for the one-world reserve currency. To reach that point, what we need is a strong dollar rally that will hurt the world economy significantly forcing political change. This is ripe for Obama has done far more to destroy the integrity of the United States than anyone could have possibly imagined. In just 3.14 years, he wiped out decades of peace and reignited the cold war. He loves to play golf costing the taxpayer tens of millions of dollars for each game and has missed more morning briefings than the last 10 presidents combined. Nobody could have possibly set the stage for the collapse of US power more so than he has done. Then and only then will we move to solve that problem with a replacement for the dollar. Obama and the NSA have set the stage for changing the monetary system. 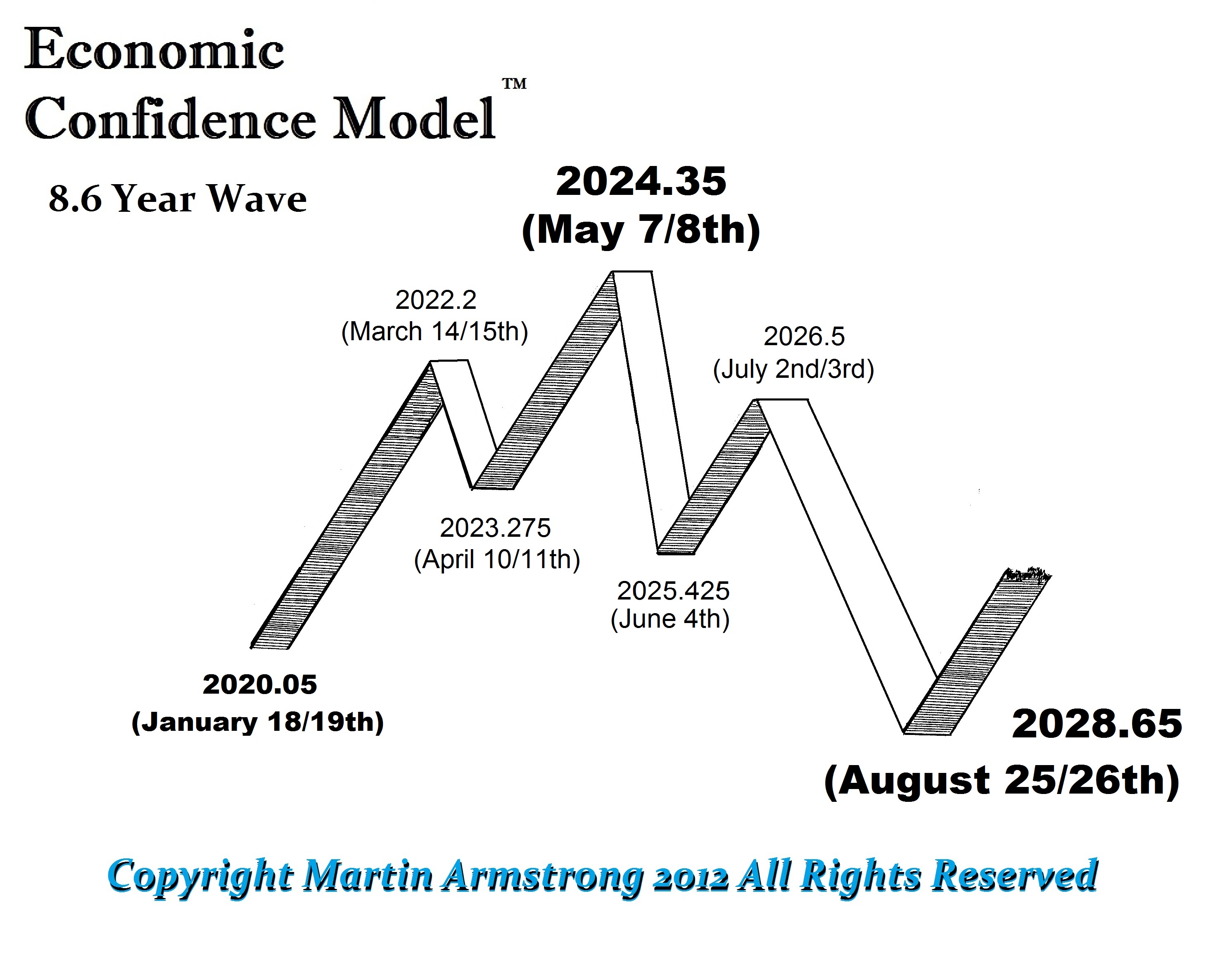 So the resistance toward the dollar is there waiting in the wings. However, this will not prevent the rally near-term in the dollar. It is illustrating that eventually we will abandon the dollar as the reserve currency and the botched job creating the Euro has also contributed to setting this trend in motion. Displacing the dollar takes decades to accomplish for it is one domino at a time. Such profound changes to the world monetary system are not accomplished overnight. It took 26 years to wipe out Bretton Woods. From 1971, it was 26 years to the start of the Euro and the Asian Currency Crisis. We should see the dollar displacement by the peak of the next 8,6 year wave.

You can see the one-world currency coming – it’s just not ready this instant. It will be the solution they choose. Even the IMF is planning meetings on the SDR guess when? Around 2015.75.

« Understanding the Bond Bubble
The One World Currency & Cryptocurrencies »