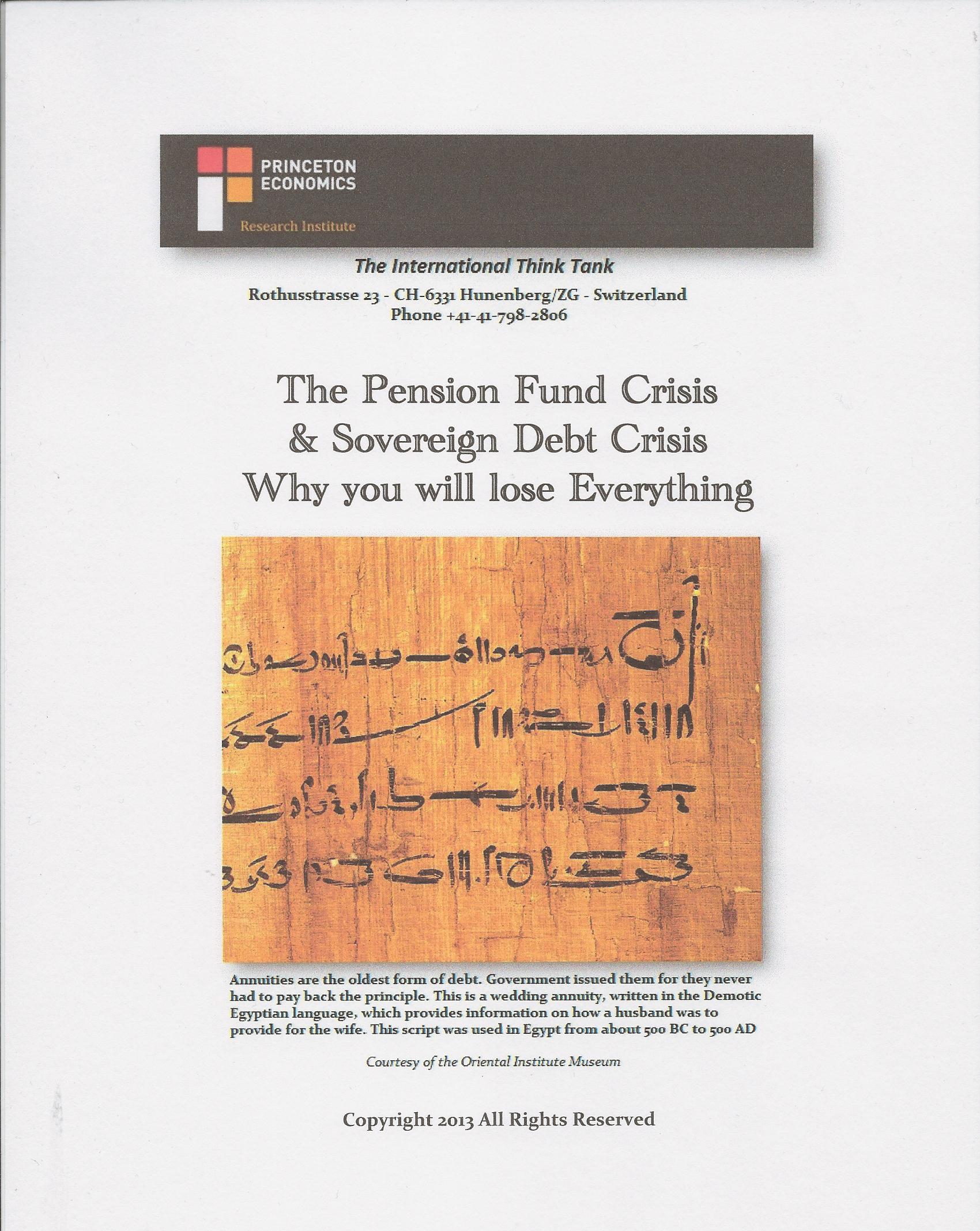 We are preparing a very important report on the Global Pension Crisis and the Interest Rate Nightmare that we face. Government will not reform. There will be no HYPERINFLATION because they have no intent upon just printing to meet obligations. That historically has taken place only in governments that are in the process of revolution, as was the case in Germany following the German Communist Revolution of 1918 known as the Wiemar Republic that set the stage for Hitler or Zimbabwe. When we are talking about established governments, they have always turned historically against their own people and confiscated assets. Forced Loans were common during the Middle Ages as well.

So we face a Pension Crisis of two fronts – (1) manipulated interest rates kept far too low that has deprived pension funds of income sending them into the insolvent arena, and (2) government have convinced themselves that if they can confiscate those assets that in the USA are $20 trillion, they can achieve by Forced Loan the funding of the national debt at $17 trillion and they retain power.

How will this resolve itself? How can we prepare for FORCED LOANS? What happens as the Sovereign Debt Crisis unfolds, can interest rates remain artificially low? 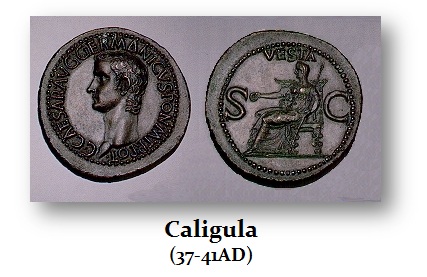 When governments, kings, emperors, and ministers have been caught cash poor, their reactions against the people to raise money have ranged from selling your children into slavery to one of the most notorious of all cash raising events – that of Caligula (37-41AD). Caligula levied new and unprecedented taxes, at first through tax-collectors, and then, because the amounts were so vast, through the centurions and tribunes of the Praetorian Guard. Is this why Homeland Security is buying tanks?

In 39 A.D., Rome experienced a major economic downturn. Caligula caused the crisis through overspending. He exhausted the treasury that Tiberius worked hard to fill. To replenish the imperial coffers, Caligula executed and confiscated property from the rich. Sound familiar?

Desperate for revenue, no group of commodities or individuals escaped a levy of some kind. He imposed a fixed and specific tax on all foodstuffs; and a charge of two and a half per cent on the value of any lawsuit or legal transaction, with a penalty for anyone found to have settled out of court or abandoned a case. He rewrote wills so that the affluent donated their fortunes to him. Dangerously for the emperor, he even confiscated property acquired by the military. Porters were required to hand over twelve and a half per cent of their daily wage, while prostitutes were docked their average fee for a client, this latter tax being extended to cover ex-prostitutes and pimps, and even marriage was not exempt. There was a tax on sex.

Many offences were committed in ignorance of the law, since the new taxes were decreed but nothing was published to the public. After urgent representations, Caligula finally had a notice posted, in an awkward spot in tiny letters to make it hard to copy or read. That enabled him to just arbitrarily tax people as he desired. Now the USA can revoke you passport if they THINK you owe money, imprison you without trial or lawyers, while the Obama Administration is buying up all bullets to prevent citizens from arming themselves.

To cover every angle for raising money, Caligula even set apart a number of palace rooms as a brothel, and furnished them in style, where married women of Senators and freeborn youths were on show. Then he sent pages round the squares and public halls, advertising the place to men of all ages. Its patrons were offered loans at interest, and were registered as contributors to Caesar’s revenues.

He was even happy to profit from playing dice, swelling his winnings by cheating and lying. Once, having given up his place to the man behind him and strolled off into the courtyard, he spotted two rich knights passing by, ordered them arrested and their property confiscated, and returned, exultant, boasting that his luck had never been better.

Confiscation of assets is routine for all tyrants. Watch what they do next!