The Paradox of the Dollar & the Crash

The dollar haters remain fixated on supply is supposed to determine value with a very myopic view that never considers DEMAND. They simply cannot understand why the dollar has not collapsed and in turn cling to some wild all-powerful conspiracy behind the strength of the dollar. I have stated countless times, the money center banks of New York conspire all the time to rig markets for a quick buck. They are not in the game of conspiring to control the world for power. That produces no profit for their quarterly bonuses. Nonetheless, they insist there is some group they cannot define nor demonstrate how they are in control of anything as if they were the Olympian gods of Wall Street.

Pulling back the curtain and just following the money regardless who is involved, paradoxically, reveals that the U.S. market crash of 2007 into 2009 actually further solidified the dollar’s global dominance even as gold was rising. Investors on a worldwide basis sought safety and shelter from the economic storm. There was ONLY one place to go – the U.S. government debt market. 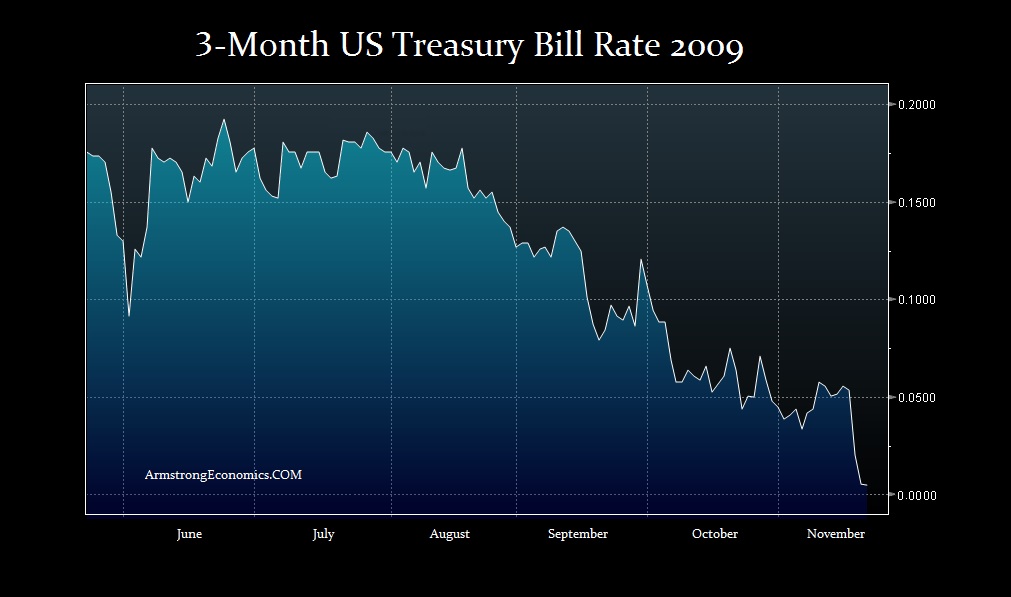 Despite all the rhetoric, that “flight to quality” U.S. government debt for no matter what you say, the USA remains the world’s safest asset. Interest rates during the crisis indeed turned negative for brief periods of time. That demonstrated that people were willing to PAY THE U.S. government to hold their money. This has furthered the idea that NEGATIVE interest rates are possible at this time.

It is an old saying, yet true. He who has the gun makes the rule. From a geopolitical perspective, the USA cannot be invaded. It would take massive transport of troops on the high-seas and that cannot be accomplished with today’s technology undetected. However, all the studies show China could take Japan in less than 30 days and Russian tanks could be strolling down the Champs-Élysées‎ in Paris in less than 15 days. The USA has the defenses and it is strategically extremely difficult to actually invade. Neither is possible with respect to the USA. 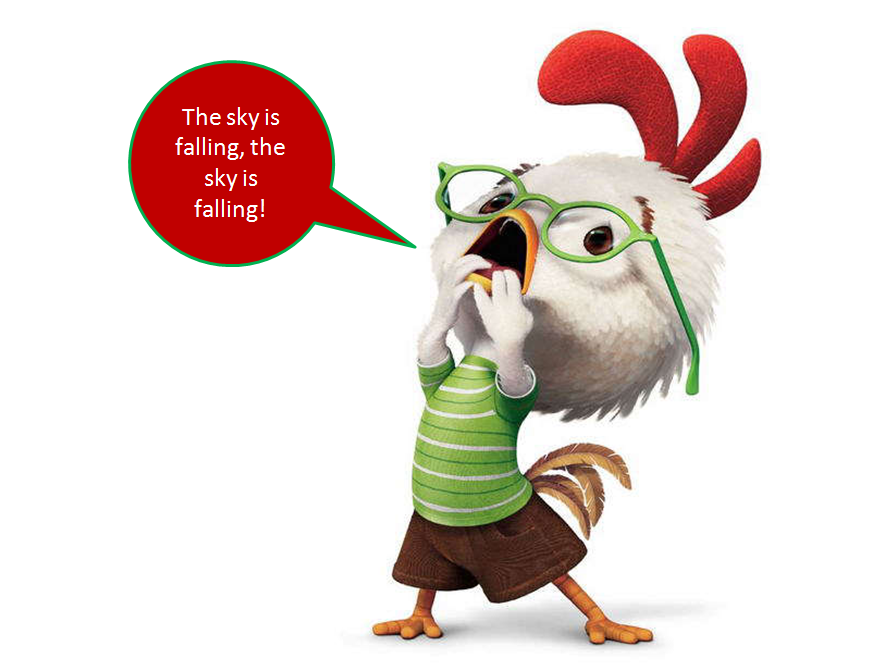 At the end of the day, all the yelling and screaming that the sky was falling crumbled to dust and fell to the floor. Therefore, despite tremendous massive federal borrowing, U.S. debt proved to be in short supply 2007-2009. The Fed’s quantitative easing took billions out of the market at the wrong time when DEMAND was rising further sending rates plummeting. The emerging-market governments bought dollars as a cushion against bad news and to hold their currencies (and export prices) down. The bid for dollars was rising at staggering levels on a a worldwide basis.

As a result, the global markets proved to be unduly sensitive to fluctuations — real or imagined. As always, the U.S. monetary policy failed to grasp the global role of the dollar and how increasing the money supply proved to be a stimulant for the world economy, not really domestic in some old world economic theory.

The Fed’s recent move away from quantitative easing, has signaled that this era of imaginary extraordinarily loose domestic U.S. monetary policy will come to an end. This is making investors rethink once again and the DEMAND for dollars has not subsided. This is putting pressure causing the collapse in emerging markets that is supported by two trends in China – (1) an economic slowdown and (2) flight of capital from China buying property around the world.

Critics argue that the Fed has begun to taper QE much too soon since inflation in the U.S. is still quite low and the labor market has still serious shortfalls. The pension crisis has companies and even the Post Office hiring just part-time to avoid having to pay pensions. The elderly cannot survive on interest rates anymore and are in the employment market. The age of sales staff is rising from department stores to Starbucks. The youth is losing to experience in these areas showing that without computer skills, the youth are unemployable.

There is no remedy for this global sensitivity to U.S. monetary policy as long as Europe keeps declining and China regroups. The dollar has emerged as the world currency, yet the Fed does not quite understand this burden of a dominant global currency in high demand. Eventually, other currencies, such as the euro and the renminbi, need to function alongside the dollar as reserve currencies. But the structure of Europe prevents the euro from being a reserve currency lacking a single continental national debt and while China has seen its currency surpass the Euro in international trade settlements becoming number TWO, it is still less than 9% of trade flows.

In the meantime, better U.S. fiscal policy is really unlikely. Despite this trend, the global economy is still contracting because of the hunt for taxation. The world need US stimulus right now, but the Fed does not grasp this international role behind the currency.

There remains a vast dollar short-positions as numerous emerging-market governments have issued debt denominated in dollars to save money on interest rates. They must recognize that this past week’s financial-market turmoil is the tip of this iceberg. Argentina suffered the full force of this economic storm with collapsing bond and equity prices and a deeply devalued peso due primarily to Draconian economic policies.Nothing that we are seeing is the classic textbook case in economic mismanagement.

Economic growth in China has been expected to slow for years given the share market high remains 2007: At last, the economic data is starting to imply the slowdown is underway. China’s ability to manage this economic decline will be very telling.