The Majority Are Just Fools 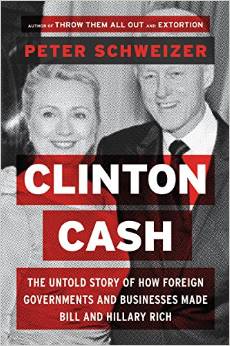 In 2000, Bill and Hillary Clinton owed millions of dollars in legal debt. Since then, they’ve earned over $130 million. Where did the money come from? Most people assume that the Clintons amassed their wealth through lucrative book deals and high-six figure fees for speaking gigs. Now, Peter Schweizer shows who is really behind those enormous payments.

I was asked to review the documents when Hillary amazingly made hundreds of thousands of dollars trading futures at the same precise time she was in meetings. Her lawyer had an account at the same firm and a trade would be put on but left open until the end of the day. It would be a spread long and short the same commodity. At the end of the day, the losing trade went to her lawyer and the win into her account. Today, that is called money laundering.

This is why society must crash and burn. It is just too damn corrupt and the majority are simply sheep who believe whatever they say. The politicians know the people are stupid and the press is on their side. So how can we reform without being forced? Sorry, it is just impossible.