The Last Straw in a Dying Form of Government 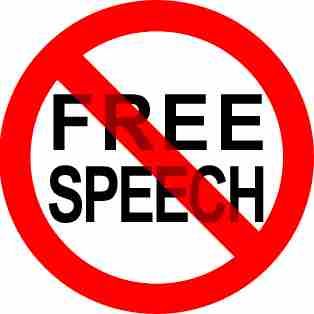 As part of the cycle as government prepare to die, the rule of law is attacked. To cling to life, they beginning denying dissent. We are seeing that with water cannons that bring back terrible memories to the Spanish during their revolution. Now the British government party has announced to ban “democracy-hostile” persons access to social networks. This follows on the heels of the corrupt Scottish vote. They call people who are against their vote being denied anti-democratic because they refuse to accept the fake vote in Scotland. Just as “terrorist” have been the excuse to seize all information on the movement of money, strip Americans of the entire constitution because everyone might be a terrorist who is defined as anyone against government who need not have a nation or army behind them, now we see the expansion of these concepts to the defense of democracy that we do not even have.

The British government will now create “black lists” with names of extremists who are against the pretend democracies that are in existence. I have said it before, all we have are republics with career politicians who “represent” the people. Democracy is where the people actually vote and represents themselves.

Also, any public appearances and protests should be banned with these people involved. This is clearly against the right to protest and it illustrates the entire problem of government. The riots in Italy shook the ECB. They realize there is a serious problem and they cannot stop the economic implosion nor will they consider any possibility that they are wrong. How did Ronald Reagan become so popular? When the ideas grew stale, he changed his cabinet. He was never a lame-duck as Obama. Obama is a Marxist at heart and this is what those people do – then they cling to theory with their last breadth swearing they are right.

The British denial of free speech comes days after the riots in Italy against the ECB. They know what is happening. I am very said to see this. Even Margaret Thatcher understood that this was the last-straw of a failed government.
Categories: Uncategorized